Palestinian Authority media propaganda has become extremely effective in conditioning even some of the area’s younger children to become vicious, murderous terrorists aiming to kill Jews on the road. A gang of three pre-teens attempted to do precisely that on Sunday evening.


The bus came under a hail of stones that were hurled by a gang of Arab minors from the side of the road in the Old City of Jerusalem.

The windshield was broken in the attack – something that could easily have caused the driver to lose control of his vehicle and send the bus flying off the road into a fatal accident.

Such attacks have achieved precisely that goal in the past, including one near Kiryat Arba-Hebron that killed a father and baby boy.

In this incident, Border Patrol police officers managed to apprehend three Arab minors, 10 to 12 years old. They called the parents of the young attackers, and reported them to social services officials. 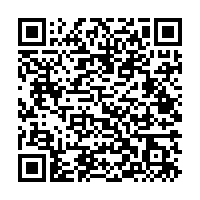