My children have all served this land. Each and every one. When I posted “Standing Down” I was sure it would be my last post. They had finished their service and in my way, I thought, I had finished mine.

Now, almost two years later, I see that it is my turn to fight, my battle to wage. Now, I am the soldier and the weapons are words, faith, trust, and honor. Like many wars, though the lines have been drawn there are shades of gray; there are even good people on both sides. In many cases, even the best of intentions doesn’t justify the harm being caused. More, in the real world in which we live, there are doors that should never be opened and lines that cannot be crossed.


My weapons may be words, but these are their weapons as well. But herein lies the difference – my battle must be fought publicly, while they prefer to fight their battle largely hidden from the eyes of my people. All that I offer can be verified as truth as it exists now; they deal in the translations, in the implied, in the assumed. IF this is correct, but it isn’t. The build castles on a foundation that collapses away when the light of truth is focused upon it.

And while they work “under the radar”, the enemy has come to my land. They have been coming for the last few years, gathering their strength and growing their numbers.

Ultimately, the fight now before me differs little the battles we have been waging for more than a thousand years…more than two even. Same battle and a different one. The heart and the body, the soul and the mind of a people all comes together to form one entity. Does it matter if you attack the body versus the soul? That is the question for this war. And what is at stake in this war? In this, there is no difference. For thousands of years the future of our children was at stake. This is the reality of this way.  At stake are our children, our elderly, our poor. They are the first target because they are seen as the weak link through which the enemy can march their beliefs.

These who we will face in this war are the descendants of those who sought to force their religion on others. But I am the descendant of those who proudly proved they’d failed. And this time, they have found allies from within our people. These who enable them must be fought as well. Perhaps, they must be fought first. And so as we draw the battle lines and gather our forces, I join a growing number of proud and strong Jews who will expose the Enablers and banish the would-be modern crusaders. Both will find no foothold in my country and in my people.

The hardest part of this battle is that they who seek our destruction proclaim their love for us. They truly believe they are saving us, perhaps from ourselves. Those who have hated us for centuries hate these people for their love and perhaps ridicule them. It’s confusing, is it not? If our enemies hate these people, doesn’t that mean they are our friends? Sadly, not. Because slowly and subtly, these people are aiming for our souls no less than the haters attack our physical essence.

The term “force” has changed meaning over the centuries. Once, the greatest threat the Jew faced was waged against his physical presence in this world. The list of weapons and tactics used against my people is endless – swords, axes, knives, fire, beatings, gas, starvation, humiliation, guns, rockets, tanks, planes, bombs, explosive balloons.

We have been hunted and haunted, driven and imprisoned. We have been forced to convert under threat to our lives, our children taken from us. This was the truth of the Jew for over 2,000 years. And the greater truth is no matter what they did to our bodies, our souls remained committed, free, unburdened. They had little interest in our souls. Over the centuries and the countries through which we sojourned, we lived hoping to be lucky enough to see our children grow and give us grandchildren. If not, we knew that someday there would be grandchildren and great grandchildren and they would be Jews.

The fight we have now is sometimes still about the body – still Jews are being attacked all over the world for the simple reality that they dare to breathe, to live, to be.

But the main fight has switched to one of the spirit. And this confuses the eternal Jew who has yet to accept that our souls, once committed, could be a target.

This war that begins has perhaps been foretold from the beginning of time. And I tell you with great sadness that the Jewish people are under attack and there are two main components and one main reason. I’ll start with the components.

Component 1: Dedicated Christians who believe that the Jewish people as a whole are destined for the fires of hell. That simple. Nothing we do can change the direction, the destiny unless we accept THEIR beliefs, their deity. We can be the light unto the nations that we were commanded to be. From all areas of Israel, we can save lives, develop the most important and life-saving devices. We can send our sons and daughters through the air and across the seas offering immediate assistance to all in need. And yet, we are doomed to hell and back…unless we accept Jesus. These people claim they love us but how can they love us if their goal is to destroy us. Reality – take our bodies, and all that we are will live on in our children, or our neighbor’s children, or any and every Jewish child. Take our souls and we are nothing.

Component 2: Dedicated enablers of these that I have mentioned. To my great shame and disgust, these enablers are, by and large, Orthodox Jews. Some even will tell you they are rabbis. Perhaps they gained rabbinical certification and so perhaps indeed they are rabbis. But they are not Rabbis, they have forfeited the right to be called a Rav, a teacher. They pave the way for the Missionaries and Evangelists who want to bring Jesus to their people. They speak in forked tongues, confusing other Jews with untruths. And, they violate Jewish law again and again. Jewish law that has been with us for centuries and millennia. And in numbers that are larger than ever before, the Missionaries and their Enablers are making headway for one reason. In this generation, as the Jewish body goes unchallenged, as our enemies admit they cannot destroy us physically, they have turned to a more devious target. They seek our souls and we as a people have been blind to this threat for too long. The Enablers try to convince us that the Missionaries and Evangelists are our friends. Look how much money they pour into Israel and into helping the Jewish people, they will tell you. We are literally being asked to sell our souls.

We are commanded with 613 mitzvot. And of these, we are taught that life is so precious we should break 610 of them. All but three fall at the threat of physical annihilation. Selling our soul, taking another god above Our God – this is one of the three and this is what we are being asked to do.

The Enablers pave the way for the Missionaries to come to our land; they introduce them as friends of Zion. Perhaps they believe they can control that “love”, they could no sooner stop a speeding train than stop these people. They are prepared to love us to the deaths of our souls, one Jew at a time. And they start with the weakest among us. In the guise of charity and love, they will build shelters for our homeless, a welcome rest stop for our lone soldiers, offer activities and support for our Holocaust survivors, money and financial assistance to our struggling Ethiopian brothers.

And the main reason for this battle is that our enemies understand something. As the Jewish people have learned they must present a strong, respected presence in this world to protect themselves, we have trusted. We know that Israel and the army of Israel will defend us on every front, every border and beyond. Where a Jew is in danger, Israel will step in. We have rescued our people from national disaster and from physical attacks. We have brought the Jews of Russia, Ethiopia, Yemen, Syria and more home. Our doors are open as slowly Jews from France, England and Germany return to our homeland.
But we have neglected our souls. We have nurtured our bodies and trusted that the body can protect the soul. It can’t. And so, we have a generation of ignorant Jews who do not know, really know, the God of Israel. They do not know of past glories and more importantly, why. Why did God choose Israel? Why do we choose to live as proud Jews? They fall for false promises and even falser gods. They do not KNOW and so they believe the lies. Missionaries tell them that Jesus was a Jew. This is most certainly true. And then they tell them that in their own Bible, Jesus is mentioned, and this is most certainly a lie. But the children of the assimilated don’t know this. They are drawn by the smiles, false though they certainly are.
Always, from the time of Amalek, they have gone after our weak and today that tactic remains.

And so, the battle lines are being drawn. The war begins. It is a strange thing to fight for the soul of a person, the souls of a people. I welcome you on the saddest, the most dangerous battle of my life. For this fight, I am the soldier and the battle begins. 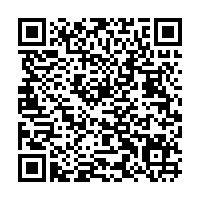