Yacine Mihoub, 32, was convicted on Tuesday of stabbing Mireille Knoll, 85, a Holocaust survivor, 11 times and setting her body on fire in March 2018. His accomplice, Alex Carrimbacus, 25, was sentenced to 15 years for robbery motivated by anti-Semitism.

Mireille Knoll’s murder came only one year after another Jewish woman, Sarah Halimi, 65, was beaten to death and thrown out of her window, and a string of Islamist attacks on Jews in previous years (The Mireille Knoll Murder Trial: Will France Deliver Justice this Time?).

During the police investigation, the two defendants blamed each other for the murder and offered and recanted contradictory statements. So much so that the victim’s son, Daniel Knoll, told the court, “We want to know who did what. … If at the end of this trial, we still don’t know the truth, we will be gone one day and something will be missing.”

Carrimbacus, a homeless man, told the court, “I’m a thief but not a killer,” and insisted Mihoub had stabbed the woman, who suffered from Parkinson’s disease. Mihoub, the victim’s neighbors’ son who knew the victim well, admitted to setting the fire but insisted Carrimbacus had stabbed her to death.

In 1942, Mireille Knoll escaped a roundup of French Jews with her mother, who carried a Brazilian passport. Now the Judges believe she was murdered because she was Jewish. Carrimbacus testified that Mihoub shouted “Allahu akbar” during the stabbing. His former cellmate testified that Mihoub had made anti-Semitic statements about wealthy Jews, as well as denying the Holocaust.

Knoll’s murder shocked France’s Jewish community and tens of thousands of French citizens, including government ministers, participated in a silent march in her memory. 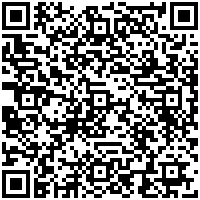