Lee Child is an amazing writer. His Jack Reacher series is nothing short of brilliant. If you love his books and haven’t read his latest, don’t read this because I’m about to spoil the ending.

A really good author is able to create a credible character and keep that individual so incredibly consistent that you can see him. You know what he is going to do, how he will react, what he’s thinking. Or at least you think he do. Sometimes, you don’t know the exact response but you know it will be in character and the deficiency is your ability to imagine, not Child’s ability to reveal.
At the end of the book, with its usual and amazing twists and turns and uncertainties, Reacher suddenly is presented with a scenario. Actually, that isn’t accurate. I fully believe he expected what he found when he went upstairs in the warehouse looking for the final missing weapon that could, without question, destroy, devastate, obliterate part of whatever city against which it was turned.
Don’t worry – Reacher finds it and the world is safe. But even before the reader can realize where Reacher is going with his words, the scene is set. It is the Boys from Brazil challenge – the nightmare scenario when you are presented with the option, but not quite.
In the Boys from Brazil, you are faced with what are, as yet, innocent boys. Do you kill them because they carry the DNA and have been carefully placed in environments as close to those of Adolf Hitler as was humanly possible? Do you risk that history could repeat itself?
In Reacher’s scenario, we are dealing with a much older man. Not genetically Hitler, but certainly morally such. He has already stolen weapons of mass destruction, already built a network to return Germany to the glory of his dreams. It isn’t so far a stretch. Do you take the shot and save millions or do you risk? The one versus the many? Presumed guilt over guaranteed innocence?
Reacher takes the shot – twice. To the heart and to the head. No chance of going back. I have yet to come to understand how I feel about Reacher’s action. If it came to a committee vote, I can’t say how I would vote, but I know that I was glad that he did it. In his make believe world, I can believe we are safer.
Today, a terrorist was neutralized. Dead. He rammed into a man in his 60s who is, thankfully, only lightly hurt. A unit of soldiers was nearby. They fired and killed the terrorist. Do you think it was a justified kill? All the Arab succeeded in doing was lightly injuring a man. Did they have to kill him?
In the car, they found a knife. Had the Arab had the opportunity, he would have killed people with his car and then jumped out and tried to stab people until such time as he was neutralized.
At what point do you wish someone dead? At the point when they forsake their humanity and take real and clear steps to take the life of another. When a make-believe character shoots a make-believe villain who has obtained a weapon that could kill hundreds of thousands (at least), and when a terrorist uses his car, his gun, his knife, his body.
Today when I heard of the attack, I hoped that the terrorist was eliminated. When I heard that he was, I did not cheer in the streets. I did not go out and shoot fireworks or hand out candies. I went back to my kitchen to finish some dishes; I sorted through a pile of laundry.
And I thanked God that no one died today…no innocent victim. I thanked God that my soldier wasn’t there, though I know that the unit that took out the terrorist is from the same brigade.
Mine is back on the border and I’m counting the days until he gets home again.
Advertisement 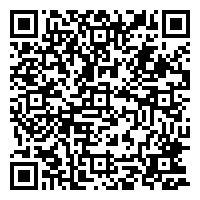