Prime Minister Benjamin Netanyahu told a Knesset committee on Wednesday that former US President Barack Obama had asked him not to send ground troops into the Gaza Strip during the 2014 Operation Protective Edge, a.k.a. 2014 Gaza War.

“I explained to President Obama that if they (Hamas) keep postponing those cease-fires, we’d have no choice but to go in with the infantry,” Netanyahu aid at a meeting of the State Control Committee, adding, “He said to me, I ask you not to go in on the ground. I told him, I’m doing my best not to go in, but if the situation continues and we’ll continue to be under the threat of the tunnels, we’d have no choice but to go in.”


“We tried to avoid the war in the south every possible way,” Netanyahu continued, speaking at a meeting that included families of soldiers who were killed in the operation. “We face a harsh and cruel enemy,” he said.

The committee soon erupted into very loud and angry exchanges between the bereaved families and committee members. Bereaved parents told the PM exactly what they thought about him and the way he had conducted the 2014 war. Leah Goldin, whose son Hadar was one of two soldiers who died in combat and whose bodies are still being held by Hamas, eventually dominated the discussion, poring three years’ worth of sorrow and frustration on Netanyahu and the legislators on hand.

Netanyahu argued that his aim at the time was to avoid that war as much as he could, and should there be a war, to keep the cost in lives to a minimum. In the end, the direct and somewhat direct casualties included 68 IDF soldiers, most of them in combat on the ground inside Gaza, a few from rocket and mortar fire. Four Israeli civilians, including a toddler, and a Thai foreign worker were killed from direct hits. Two Israeli civilians and a female tourist died from heart attacks in reaction to sirens. One civilian was killed by a moving vehicle while attempting to obey homeland security instructions. One Israeli civilian was rammed to death in an act of terrorism by an Arab driver. 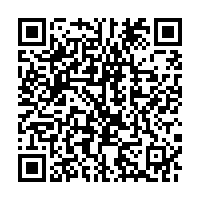