Home Blogs A Soldier's Mother A Soldier’s Mother: Shadows Surround Me, Embrace Me, Escort Me
Share on Facebook
Tweet on Twitter
Photo Credit: Courtesy
This is my third trip to Germany. If you’d asked me even 5 years ago for a list of countries I would never visit, Germany would have been at the top of the list. The first time I came here, I trembled as we landed. I felt each step that I took in this land directly in my heart.
The first time as I stood in the shower, I felt sick to my stomach. I told myself to stop being a baby and yet I thought of how many Jews were told they were taking a shower…as they went to their deaths. I didn’t walk where I didn’t have to walk; I hid in my room between presentations as much as was reasonable. I was invisible, or wanted to be. I suffered…and didn’t want to embarrass myself or the Germans that I met.
I wore a Jewish star prominently as I do at home. Before I left, my daughter asked me if I was going to wear the star under my shirt, concealed. And ask she asked the question, I knew that I wouldn’t. Almost immediately, in the airport waiting for the connecting flight to Germany and on the plane itself, I saw their eyes drop to the star and rise to meet my eyes and I saw knowledge in them. They knew who I was. It had been stated. I am a Jew. Interestingly enough, most automatically assumed that I came from Israel and I confirmed this as well.
Advertisement

To a couple of German missionaries who questioned me, “Do you really not believe in Jesus as all?” I proudly answered, “Nope, not at all”. And then I turned around and asked them if it was true – that they believed that only those who accept Jesus as God or whatever can get into heaven. They said yes, but immediately saw my next question and assured me that everything was okay because Jesus was up in heaven and as Jews die and approach him (him being in heaven waiting), Jesus gives them another chance to “repent.”
So I told them, “well, we have a problem because I can assure you that the six million Jews, having just been murdered by good Christian Nazis, weren’t going to accept Jesus in death anymore than they did in life.” That presented them with a huge problem which I left them to resolve.
The second time I came to Germany, last year, I told myself that I had to try harder. As I had labeled myself “Jew” the first year, I labeled myself again. The star that I wear at home, a gift from my husband, was not something that I would take off for the Germans. But here it has a greater meaning. Once, I wrote after the first visit…once they labeled me. Now, I choose. I label myself…and that is everything.
What I did notice was that it was easier last year to mingle and speak with people, to walk and talk to clusters of people. So I pushed myself and decided to use the free transportation pass that was provided to me as a conference speaker. Very kind staff in the hotel game me a map and directions, I took the train to the center of the city. Like showers in Germany, trains are another nightmare I needed to tackle.

It’s good to be in Germany, to come here and be respected. They are very kind to me. And I learned the first time that I was here that they suffer too. I hadn’t known that – at least not in my heart and where once I would have said, “good, let them suffer. After what they did, they can’t suffer enough” – the reality is, they didn’t do it just as it wasn’t done to me.
Raizel and Yeshaya Zev and Binyamin Elimelech, and Shmuel, and little Gavriella, and Esther Chaya, and Chaim Laizer, and Sarah, and Feigy…and so so many others…they were murdered but despite it all, I’m here in this place with the Germans while their grandparents…and mine…aren’t.
And there is another thing that I hadn’t been ready to accept but now know to be true. They know my heart hurts, at least some of them do and in being here, I think I make their hearts hurt a little too. For now, I’ll give myself tonight and then tomorrow I’ll go out and I’ll walk and I’ll wear my coat and as I do, I know that behind me and beside me, so many others will walk with me because somehow like the star that I wear, I have six million shadows walking with me. I feel them and the Germans see them.
Advertisement 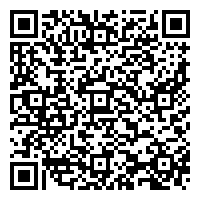