The Midrash (Bereshit Rabbah 55:4) and the Gemara (Sanhedrin 59b) make a strong claim against Avraham. And that is that we don’t read anywhere about Avraham spontaneously offering sacrifices to God. It is true that the Torah does not tell us every single event in the life of its protagonists. But in the case of Avraham, the Torah seems to hint that there really was an issue here; and that – as per the Gemara and the Midrash – its rectification could only come through the binding of Yitzchak.

As opposed to Noach before them and Moshe after them, the altars built by all of the Avot seem to be more religious shrines than they were structures upon which to offer sacrifices. But this is most pronounced in the case of Avraham who builds three such structures early on in his career (12:7: 12:8; 13:8), all without any indication that he brought sacrifices upon them. Perhaps this is what prompts another midrash (B. R. 39:16) to find other reasons for their building. Moreover the language used in all three cases (which is admittedly also used once with Yitzchak [26:25] and once with Yaakov [35:7]) is parallel to the language used in the binding of Yitzchak (22:9), setting up a dramatic contrast between Avraham’s empty altars at the beginning and his overly full altar at the end.

Given that the word for altar, mizbeach, is a derivative of the word, zevach (sacrifice), it is hard to believe that these altars just laid empty. Rather, they seemed to have been built for others to sacrifice. Avraham (and the other Avot) were engaging in public works, creating places for people to bring their sacrifices. But by being the sponsors, they found a way that sacrifices that would have gone to idols would now go to God instead. Yet the Satan (who personifies the question raised against Avraham in the Gemara) seems to still have a strong claim. It is all fine for him to help others bring sacrifices to God, but why did he not do so himself?

In both presentations of the question, the interlocutor reminds God that Avraham had enough to provide a lavish meal, celebrating the weaning of Yitzchak. If so, it sounds like Avraham should have been able to spare something in order to give it to God. While this equation sounds intuitive, it is really not. At any given instant, what we have is zero-sum, meaning that if I have enough food for one hundred guests, taking one portion away results in only having enough for ninety-nine. Of course, one could then ask, who is it that would not substitute God for the last person on the guest list. But we already know the answer to that question: Avraham.

Maybe Avraham’s thinking went something like this: It was not only that he would not feed the hundredth person who might have actually been hungry and needed the food. For it is not only physical food that Avraham was providing. It was, even more importantly, spiritual food, which could only be transmitted in the setting created by the physical food. And if having someone go away hungry may even be enough to justify his decision, missing an opportunity to bring someone to an eternal connection with God would seem to be a clincher.

While helping others with their religious (as well as their physical) needs is noble, it is counterproductive for it to come at the expense of one’s relationship with God. Granted, giving to others may be an even more important component of that relationship. But if it becomes the only component, the relationship becomes stunted and deformed. And so in order for Avraham not to remain stunted, he was called up to the ultimate altar – for if one does not manage to arrange for what is expected of us gradually, it may come more powerfully and all at once.

For better or worse, most of us don’t need to be told that we must sometimes be ‘selfish’ in our spiritual lives. If anything, we err by being too selfish. What does need clarification, however, is that not all ritual requirements need to take a back seat to the needs of others. There are all sorts of good reasons within halacha why – like Avraham – we need to help, and be considerate of, others. But if we allow these reasons to always trump those things we direct to God alone, we will be sacrificing too much. 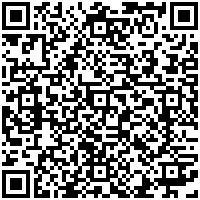