Once we were considered lower than humans; once we were humiliated, stripped naked and persecuted. Once, they considered us animals when really, all we ever wanted was to live, to raise our children, support our communities. And still, the Nazis came into our synagogues, our homes, our schools. Still they persecuted us, beat us, gassed us, burned us, murdered us. I will call them Nazis; I will not call them animals.

Once they crusaded through our villages, burned synagogues and homes, beat and murdered people. My grandmother was caught in a synagogue set afire by hatred. She survived, though the peasants, crusaders, and others would have wanted her and so many other Jews through the millennium to die. I will call them many things, but even there I do not use the term animal.
Once they closed their hearts and their countries to my people. At best, they refused us entry and so we wandered elsewhere. At worst, we died a thousand deaths because of their inhumanity, their silence and still though I would question their humanity, I will not call them animals.


I am very careful with words…or at least I try to be. I lose my temper; I get sarcastic, but mostly, I try to weigh my words and consider the implications of how I refer to someone. Some words come easily to me, perhaps at times, too easily. But others almost never escape my mind to the keyboard.
I am very quick to call someone an idiot (and laughed when the Times of Israel supposedly refused to publish an article I wrote because I called Obama’s spokesman an idiot). For all that I use words to express my feelings, there are some words I hold deep inside. I am very slow to use the word Nazi. I am even slower to use the word “animal” in relation to something that a human does.

The word slips out when the attack is particularly brutal. When two cousins infiltrated a Jewish village named Itamar and murdered two parents and three children…including three-month-old little Hadas, then the word came out. I don’t remember if I left it or if I changed it and I can’t even say I regret it. When a young Palestinian slithered out of the bushes and attacked Dafna Meir, the word came out. In front of her children…at the entrance to her home as she painted the front door. A woman who dedicated her life to her family and to helping others as a nurse…what other word would describe her brutal death?

Now I use the word again – without shame, but with anger. Without regret, but with such pain. My son works two jobs to support himself and his wife and save for a future which they hope will include a home in our city. His second job pays little more than minimum wage, but he has built a bond of many years with the people there and so he finds the time, each week, to work at the mall in Maale Adumim. Once he was a security guard at the gates of the mall; now he is on the move, from point to point within the mall, from door to door, walking among the shoppers, alwayss watching. He has risen to a position of responsibility for those few hours, for the overall schedule and security.

He wasn’t there on Thursday night at 1:00 a.m. when an Arab worker approached a guard from behind and smashed an axe into the 48-year-old’s head. Like most malls in Israel, our mall has security cameras and they caught everything. What the Arab did to Tzvika (please Pray for Tzvika) with each blow, long after Tzvika was down. I won’t detail the injuries – they are both brutal and barbaric.

Tzvika was not armed; he was attacked with the equivalent of an axe, repeatedly, without mercy. Blows to the head to disable him and then more blows simply meant to kill and butcher someone who always greeted shoppers with kindness. With extreme cruelty, Tzvika was attacked and then left to bleed out and, the terrorist assumed, die where he fell.. In the video, which I have not watched but which some of my friends have, the Arab is seen calmly taking out his camera and videotaping the results of his work. This is not a human being with a soul and a conscious. This was not a being with a heart and compassion for others.

In cold-blood, he attacked an unarmed man from the back and in cold-blood, he continued the attack long after Tzvika represented any kind of threat. The Arab then stole the keys and let himself out and disappeared into the night, like the animal that he is.
Yes, there you go. I’ve said it. He is an animal, this Palestinian would-be murderer. This cowardly, sniveling snake that slithered out of my city having devastated a man, a family, a city.

It was not “the occupation,” that spurred the killer on. It was hatred, pure and simple. It was brutal. It was barbaric. It was wrong that the videotape was published. Tzvika’s family should never see it…and I pray to God they never do.

But maybe the rest of the world outside of Israel SHOULD see what our enemies are capable of?What hope is there for peace when such barbarism exists in a culture, a society that tries to fool the world regularly into believing they want peace? Is there any doubt that they harbor these animals, that they will celebrate the attack on Tzvika, and pay this cowardly animal’s family a reward? They’ve done it before. Iran will now use the billions of dollars the US released into their greedy hands to pay these killers and their families.

On the bright side, after an intense manhunt, the Israeli police have arrested the terrorist. He didn’t even have the guts to die in what the Palestinians would have called a martyred and glorious death.

Let this Palestinian animal be imprisoned for the rest of his miserable life, put in solitude and not allowed to ever touch his family again. Tzvika is no less ours than Yitzchak Rabin, whose murderer remains in prison. Tzvika is still alive, but that is not to this animal’s credit. He did all he could do to murder Tzvika and only the strength of Tzvika’s soul and an amazing and dedicated team of doctors are managing to keep Tzvika alive.

I won’t describe the attack. If you come across the video, I urge you NOT to watch it. I will tell you that, as you can see in the video, Saadi Ali Abu Hamed, 21, who was captured a short time ago, is seen using his phone to videotape his brutal attack.

Twenty-one years old. The body of a human being but the soul of an animal…or perhaps, as many are quick to remind me, not even an animal. Few animals kill merely for the joy of killing.

Whatever Saadi Ali Abu Hamed is, I hope he will be convicted and left to rot in prison and I hope and pray that Tzvika will recover and be reunited with his family.

There are few fast and firm rules in life. Treating others with respect is one of them. I don’t always succeed but I try. This Abu Hamed’s actions redefine the definitions of cold-blooded and cowardly and prove something that we really did not need proven – sometimes human beings have been raised without the essence of what makes us human…when this happens, all that is left is the animal.

Please pray for the full and speedy recovery of Tzvika ben Batya…even though, based on his injuries, it is doubtful he will ever fully recover. But let him live – give him life…and help him to learn to cope with what was done to him. From the agony of these past days, please God, let good shine through. A city is united and praying for him, even a country. We must find the good even in the horrible…it is our way.

And please God, avenge every drop of Tzvika’s blood that was left smeared on the walls and floor of a place we go for fun, for food, for entertainment. 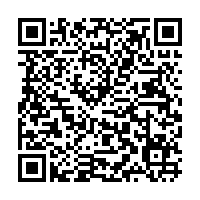