Peace comes at a high price indeed in Cairo.

An Egyptian lawmaker took a calculated risk Sunday when he attended a parliamentary session after hosting Israeli Ambassador Haim Koren for a meal at his home last Wednesday evening.


Parliamentarian Tawfiq Okasha faced a petition in the chamber signed by more than 100 of his colleagues, demanding an investigation into his actions, according to Reuters. The statement rejected normalization of ties with Israel as well.

Worse, he faced The Shoe.

Okasha, a somewhat daring television presenter who resides in the northeastern Dakahlia province, made the invitation to Koren live on his program. He told media before the opening of the parliamentary session on Sunday that he had done nothing wrong since Egypt enjoys full diplomatic relations with Israel.

Koren confirmed to Reuters that he and his staff had indeed spent three hours together with the lawmaker.

But one parliamentarian, Kamal Ahmed, was so angry he even hurled a shoe at Okasha during the session in the traditional Middle Eastern gesture of ultimate rage and contempt.

The parliament speaker ejected both Ahmed and Okasha from the session and then adjourned for 10 minutes, according to the Middle East News Agency (MENA) and the official parliament website.

“He proposed the meeting, at which he raised ideas of us helping Egypt in the areas of water, agriculture and education, to try to set up a number of schools with Israeli training,” Koren said. “I offered to work on putting this together, and that we meet again. I will soon be inviting him over to our place. He showed great courage. He knew he would be attacked, and nonetheless he stood firm on his convictions.”

Although Egypt was the first Arab nation to recognize the State of Israel by signing a United States-sponsored peace treaty in 1979, it has been a frigid accord at best.

Any tourism that has emerged from the relationship has traveled in one direction only: from Israel, southward.

Egypt’s Ambassador returned to Tel Aviv last Wednesday for the first time since 2012. President Reuven Rivlin received the credentials of the new Egyptian envoy, Mr. Hazem Ahdy Khairat, at the presidential residence in Jerusalem. Khairat, accompanied by his wife and the Egyptian Consul General, submitted his credentials to the Israeli president during an official ceremony. 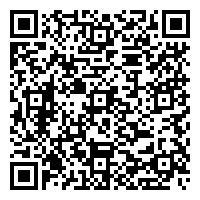