Home Blogs A Soldier's Mother An Open Letter to the World
Share on Facebook
Tweet on Twitter
In the last few days, as Israel has been hit with a wave of terror, I’ve started to write many times and each time, was only able to capture a fraction of what is on my mind and in my heart. To some extent, feelings are so fleeting, despair so deep, that you realize you can’t capture it and you give up. In each half-finished post (or less or more), there is an element I want to share…and then, I get to a point and realize I can’t. I can’t really explain. I have another thought and so am starting that post but rather than let all these go…I’m going to publish them as they are…unfinished, unedited…unsure. Here’s one:(P.S. You’ll see this note above on several posts…when you don’t see it, maybe I’ll have figured out enough of what I feel to finish the thought completely…or maybe the terror will have ended. No, I have no faith in that happening any time soon.)Dear World,

This morning, a Palestinian woman blew herself up on the road that goes past my city and into Jerusalem. Her goal was to get herself to downtown Jerusalem (where I work daily) where tens of thousands of people shop and work and kill as many Israelis/Jews as possible. She was stopped with the help of God and an alert policeman from my city.

For many days now, you have ignored the ongoing wave of terror directed at Israelis. You have ignored the murder of parents, the orphaning of children. You do not see the violence, the stabbings, the terror, the stoning attacks and the fireworks used as weapons to attack innocent people who are just trying to live their lives and hold on to some level of normalcy.


The anger we have here boils inside – partly for what is being done here; partly for the Palestinians attempt to twist the facts to claim WE are guilty. A 19-year old stabs a 15 year old…an innocent, unarmed 15 year old waiting for a train…quick acting security manage to shoot and kill the 19 year old before he can kill the 15 year old or anyone else…and Abu Mazen mourns for the 19 year old terrorist/murderer.

And the other part is that you, the world, are stupid enough and deaf enough to accept the Palestinians at their word and speak of Jews and Arabs at war and Israel and the Palestinians needing to calm down.

Would you calm down if your child was stabbed simply for being in the street waiting for a bus or a train?

Wake up…I would say before it is too late, but I’ve been on the streets of London and Amsterdam – it’s already too late. Europe is dying. As amazing as that sounds, it is the truth. You are about to lose your identity, your enlightenment. Wait, this wave of terror we are experiencing…it’s coming your way. 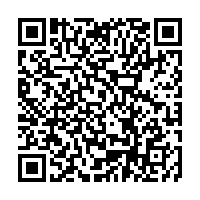