Last July, I went to the President’s Conference in Jerusalem, invited as a blogger and treated with much respect. My political agenda is pretty obvious to anyone who takes the time to read about my writings. I am, if nothing else, intellectually honest in my feelings. I object when someone says I hate Arabs – I don’t. I don’t object when someone says that my political realities leave no room for the hope that peace is just around the corner. It isn’t.

When I was first invited to the conference – I was a bit surprised. Truthfully, I despise much of what Peres has done in his life and certainly, dislike many of the words that come out of his mouth. I think at age 90, he has finally found his niche and he’s an excellent president – if he would just stay out of politics. But he won’t, and I won’t, so he and I have a nice truce most of the time. He talks; I write. I was concerned that being invited meant I’d have to write his words, break this quiet truce we’ve had going for the last 20 years – I couldn’t agree to that.


But I was assured that I had complete freedom to be, to write…and the promise was most definitely delivered – I wrote what I wanted…I did. I blasted several of the speakers. I called them naive. I argued that some had no right to come here and draw lines on the map or lecture us about how we can do more. And the one who amazed me beyond all others, was the one who spoke in direct contradiction to most of what Shimon Peres believes. “Even if you give them Jerusalem,” Ayaan Hirsi-Ali said, “even if you give them Jerusalem, there will be no peace.”

So I went, I wrote, and felt that I had fulfilled two commitments – the first, to attend and write as much as I could to provide the noise and the bang any conference organizer wants associated with an event, and second to be true to myself. Obviously, the conference organizers agreed, because I was invited back again this year.

It truly is an amazing event – and this year, Professor Stephen Hawking was invited to attend and speak – and he agreed. And then, as would be expected, Palestinians started writing to him demanding that he boycott Israel and the conference and – amazingly enough, as would not be expected, this intelligent man, this icon of British intellectualism, caved in and agreed. He wrote the organizers that he has agreed to the boycott of Israel and will not be coming.

I have no problems with his boycott. I understand and respect his sentiment. I ask only one thing – that he be true to his convictions and boycott Israel entirely. Do not come here, do not speak here. In fact, if you want to be intellectually honest, don’t speak at all. You see, the device that you, Professor Hawking, use to communicate despite your crippled body, includes a computer with an Intel Core i7-based communication system, which runs on a chip designed in Israel. So you see, Hawking, every word you say bears testimony to your hypocrisy.

Please go ahead – truly boycott Israel – I can think of no easier way to silence your absurd position. You don’t want to come to Israel to thank those who enable you to sustain a higher quality of life – no problem, don’t come. This year’s President’s Conference has a rich list of speakers and unlike some others, I personally don’t think you’ll be missed.

But I do hope a man of your…um…intellectual honesty…will have the decency to truly fulfill the boycott you support. I wonder if maybe the scientists in Egypt, Iran, Iraq, Lebanon have developed an alternative device…yeah, I didn’t think so either. In the meantime, there’s always pen and paper… 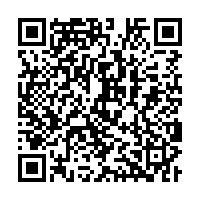