I’ve had this sick feeling since last night…last night, the most severely injured victim was named as Malachi Moshe (Malachi means “my angel”). It was announced that he was in “matsav anush.” Anush can be translated at “mortally wounded” – it means that the doctors don’t really expect the patient to live. Sometimes they do – and know they were blessed with a miracle.

Malachi was rushed to the hospital by helicopter and the doctors tried to save him. They tried and tried…but a short time ago, Malachi died, murdered by Arab terrorists to honor their holy month of Ramada.


This statement has been received:

Blessed is the True Judge

The Rosenfeld family, with deep sorrow, announces the death of Malachi Moshe Rosenfeld, who was shot last night in a terror attack.

The family wishes to thank the doctors and staff of Shaarei Tzedek hospital for all they did to try to save Malachi and calls on all of the people to Israel to united as one people.

May God bless the memory of this angel and be with him as he guards his parents from above. May God avenge his blood and may his killers face the Highest Judge very, very soon. Baruch Dayan Emet – Blessed is the one True Judge. 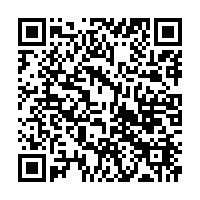