There others were wounded in the attack that has not been condemned by Palestinian Authority chairman Mahmoud Abbas.

The IDF believes that the murder, unlike several “lone wolf” attacks, was carried out by a terrorist cell that is responsible for previous attempts to kill Jews.

Rosenfeld and his friends were returning from a basketball game in a vehicle when the terrorist opened fire in a “drive-by” attack near the community of Shiloh. He was evacuated by helicopter, but doctors were unable to save his life.

The attackers pumped more than a dozen bullets into the car and continued firing until the driver turned off the road towards the community of Migdalim and the passengers called for help.

The IDF still is looking for the terrorists, who arable to travel freely on the highway with no checkpoints except at the security fence, part of “good will measures” instituted by former Defense Minister Ehud Barak and continued in the Netanyahu administration to bolster Abbas’ position. 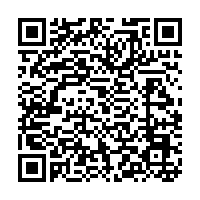