Profiling is a reality in Israel.Yes, we profile people as they quickly pass through checkpoints, malls, restaurants, even in the cars that pass us. After Arab tractor drivers began ramming their vehicles into buses and Israeli civilians, we began profiling the tractor drivers too. The profiling is done in seconds. The army  has its own rules and recommendations; bus passengers have theirs; we all do. What is the possibility that the person getting on the bus is going to blow it up – once that was a major issue; today, thanks to massive, on-going intelligence work, the Security Fence that separates Palestinians from Israelis, and vigilant guards, this thought is in our minds less and less – but it is still there.

Years ago, a woman was on a bus in Tel Aviv and an Arab got on the bus; everything inside of her said he was a terrorist. Without thinking, without hesitating, she got off the bus. Feeling silly because she would now need to wait for another bus to take her to work, she turned for a second and then heard a huge explosion – just one block away, the bus she’d been on had been attacked by the terrorist she correctly profiled.

I don’t know why I wrote all this – it isn’t the profiling I wanted to talk about – the one I wanted to write about is the profiling we do of our own sons as they enter the army. There is a concept in Judaism that we strive to be perfect, knowing we’ll never get there. God is perfect – the rest of us…we try to emulate God in all we do, knowing we’ll never succeed but will be rewarded for the effort.

I cringe when I hear parents say they have a perfect child – no child is perfect…nor is any human being. One of the things I love about Israel is the army rating system. They have to choose which sons can go into combat units and which ones cannot. They do this with a profile – a rating system. It ranges from down in the 20s (these will be given a deferral and not have to serve) up through the 70s where they participate in the army in non-combat roles. Somewhere in the low 70s, they are borderline combat and up on the 90s, it’s only a question of which unit, and their agreement.

The highest score is not 100 – that would mean perfection. I don’t know if it is true, but I heard once that they deduct 3 points from boys because they are circumcised and 3 points from girls because they have a menstrual cycle. It isn’t that either of these are bad (in fact, they are very good), but it’s as good a reason as any…and so, the top score you can get is 97.

Davidi came to my office a while ago – I was so glad to see him. I didn’t realize how much I wanted/needed to see him until he came in – just as I was finishing a class. “97” he told me and I remembered how Elie and Shmulik had told me the same. It’s a blessing, that high score…a blessing…and a bit of a curse. The first thing the army thinks of with a 97 is – here’s a combat soldier, where should we put them.

What’s nice is that they ask. There’s no use forcing a boy into a combat unit if they aren’t willing to make the commitment. There is a discipline he must follow; a way of life he must learn. With that simple question, he is agreeing to follow orders, to sleep when he is told to sleep, to use the allocated amount of time to do each task. He’s committing to three months of basic training, perhaps more and then more training, and then more. Davidi told them he agreed to go into a combat unit. He told them he wants to be a paramedic.

We laughed about some of the things – the computer test, the medical parts, and the physical examination. He turned a bright shade of red when I joked about the 97, “how do they know? Do they check?”

And he answered, “yes” as he looked towards the front of my office to make sure our secretary couldn’t hear the conversation.

I had no idea the physical examination was…so physical and yes, he was circumcised when he was 8 days old, as is our tradition. He was given the name of his grandfather who had died almost exactly a year before Davidi was born. His grandfather was a Holocaust survivor, whose grandsons will be fighters in the army of Israel. David Levi couldn’t raise a weapon to the Nazis, though he fought back in so many little ways.

I can’t help but believe he is watching my Davidi from the heavens and I know he would be so proud of this so-tall, so-beautiful boy.

May God watch over my son, my sons, all the soldiers of Israel and may they be protected, with the names and in the names of their grandfathers. 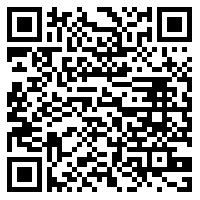