It’s hard to describe a country with thousands of years of history, and people from 100 other countries and cultures and religions. Sometimes, descriptions are done in the positive sense – this IS what Israel is. I’ve been doing that story here for much of the last six years and probably can’t beat the description I posted 4 years ago – What’s it actually like in Israel?


A few minutes ago, tired of others telling me what my country is…I thought for the hundredth time…no, that’s not true. No, that isn’t Israel…and so for what Israel is – please read that other post. Here’s what Israel is not… Israel is not anxiously awaiting a US attack on Syria. There are many shades to this. First, as the people of the Holocaust, we know the danger, the anger, the abhorrent reality of a world doing nothing when people are gassed to death. Ignore this at your own risk – not because of Israel, but because what you allow in Egypt, Syria, Yemen, and other places, will come to your shores. It did in 9/11; it did in Boston, London, Madrid.

Israel is not anxiously awaiting a US attack on Syria. We can and will defend ourselves and Syria is the least of our worries. As I have heard from many, Syria might be allowed one good strike on Israel, but before those first missiles land (and yes, they will likely land and yes, there may well be injuries, even…even God forbid worse), our sons will have taken to the skies and fields in a response so devastating, Syria will take generations to recover. The hell with proportional responses, the road to Damascus will be obliterated.

Israel is not anxiously awaiting a US attack on Syria. We do not trust the competence of Barack Hussein Obama. Heck, he couldn’t save four Americans in Benghazi; please spare us any attempts to save Israel.

We are not waiting for France and England and certainly not the United Nations. When Iran needs to be dealt with, we will. When Syria gets too close to OUR red lines, WE will deal with it.

It is not our job to save the Syrians from themselves, though we are regularly treating dozens, even hundreds of injured Syrians at our hospitals, including one that arrived with a grenade in his pocket.

As Jews who remember. We are pained by the sight of Syrian children being murdered, gassed, orphaned. We cannot take action against Syria on their behalf without risking, at least, a regional war. With our luck in dealing with Arab dictators, any Israeli action is likely to trigger the idiots in Iran, Iraq, Egypt, Saudi Arabia, etc. to issue a “holy” call to all Muslims to save Jerusalem (never mind the fact that the only time Jerusalem was truly free has been under Israeli rule).

And so, as Jews, we call out to the world to remind them of what happens each time the world is silent…to the Nazis, in Darfur, in the Congo, and Somalia…and Syria.

Do not mistake the voices we offer as Jews to be that of our Israeli voice. Israel is not anxiously awaiting a US attack on Syria. 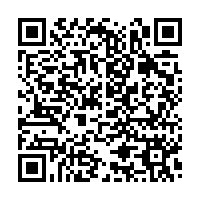