As a past critic of President Obama’s passivity in the face of Syrian slaughter, I was immensely impressed with the President’s forcefulness in holding Bashar Assad accountable for the use of sarin gas. On the contrary, it was Republican opposition to President Obama’s plans to punish Syria for gassing children that was so sorely disappointing, to say the least. Is there any greater justification for attacking a country’s military than when it engages in mass murder of children?

And yes, I know the objections. It might not be productive in stopping Assad’s regime. The strategic objectives need to be more clearly defined. Presidents can’t be cowboys and attack without Congressional approval and United Nations support. Afghanistan is still a mess, do we really need further Middle Eastern entanglements? And, of course, America is near broke.


But towering above all these considerations was the bodies of hundreds of dead kids. How do you signal to Syria and all those who would follow her example, especially Iran, that using nerve agents against innocent people will never be tolerated.

I was therefore shocked to hear the President reverse course and say that time was not pressing to punish Syria, that he would seek Congressional approval and wider support for his strike.

Let’s be clear. If the gassing of children is not an urgent matter than nothing is. Timing is everything. When the Jewish lobby in World War II asked President Roosevelt to bomb the tracks to Auschwitz, people were being gassed at a rate of 15,000 per day. Waiting a week would cost the lives of another 100,000 people.

In Syria the numbers are smaller though still horrific. Already 100,000 dead. But would we tolerate even another 400 kids being gassed? And if you are going to insist on Congressional approval – which neither Reagan, when he attacked Libya, nor Clinton when he attacked Afghanistan and Sudan, sought – then at least call Congress back from recess.

In the Jewish community we often speak of how during the holocaust not many people gave a damn as six million Jews were rapidly exterminated. So how can we as a community afford not to speak out when Arab children are gassed? Where is the outrage?

I’m not for putting boots on the ground in Syria. I’m just as weary as other Americans at Iraq and Afghanistan – and especially the ingratitude shown by so many Muslim countries that we liberated – to see American men and women die to create Islamist countries that are not fully committed to liberal democracy. I also know that America right now can’t afford much. Our national debt is a crisis of its own.

But we sure as heck can afford a few dozen cruise missiles and we sure as heck can bring the war straight to Assad’s doorstep by destroying his Presidential palaces so he’s forced to live like the animal he is in subterranean shelters. Furthermore, The Wall Street Journal suggested in an editorial on Friday that we can use our missiles not just for President Obama’s declared ‘shot across the bow,’ which suggests that we won’t hit any substantive targets, but instead strike the six airfields being most used by Syria’s Air Force and effectively ground their war planes from doing further harm.

One thing we cannot do is play politics where people’s lives are concerned. This is not a time to be doing the all-American blood sport of Republican versus Democrat. I don’t give a damn why President Obama wants to strike Syria, whether it’s to salvage his credibility on his self-declared ‘red lines,’ to show Iran that he’s serious, or to protect his legacy as someone who did not sit back while children were murdered. His intention is immaterial. All that matters is the Biblical imperative: ‘Thou shalt not stand idly by the blood of your neighbor.’ We must stop the butcher in Damascus from killing more innocent Arabs. On this President Obama is absolutely right and I’m mystified why any Republican would oppose him.

One of the principal reasons I ran for Congress as a Republican was disappointment in my liberal friends (and coming from the worlds of academic and media most of my friends are staunchly anti-Republican) in not being fully committed to fighting evil. 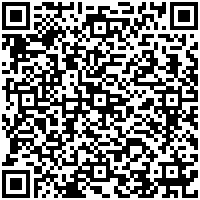