Jews take life very seriously. They also take death very seriously. The story we heard on Shabbat from the Chabad Rabbi in Bangalore was about an Israeli man who chose to live in some far off Indian village, as far from what he had known in his life as he could possibly get.

I don’t know if the man was a husband, but he was certainly a father, an Israeli. He chose to leave his family (son and perhaps wife or ex-wife) behind to find himself in India, or perhaps to lose himself. I don’t know which. I do know, from what I heard about him, that he was not a bad man, but a good man who made some bad choices. He died in some distant village in India. To his son, he was a very bad man who had abandoned him. To the village in India, he was nothing short of amazing. He helped everyone in the village and was loved and praised. One man…two different impressions.

His child, now grown, married and a father himself, lives in Israel and was contacted when his father died. It’s not hard to understand that the son was very bitter and wanted nothing to do with the father who abandoned him.
Normally, if a foreigner dies in India…the country representatives and the family are notified and they quickly make arrangements.

The body is flown home to the grieving family and buried. Here, rather than a grieving family, the initial contacts resulted in bringing forth the anger of the now-grown up child, a man with a family and children of his own. Perhaps in loving his own children, he was even more hurt and upset about his father’s desertion.

The son had no intention of making arrangements for his father’s body to be flown back to Israel; mainly, he just wanted to be done with it. Sadly, it is not an unusual event to hear that an Israeli dies in some distant land. And almost immediately, the Foreign Ministry, at the urging of the family, makes arrangements to bring the body home for burial.

At this moment, a team of Israelis is searching for the body of an Israeli who was killed when a German co-pilot steered his plane into the side of a mountain, killing everyone on board.

As for this older man who died alone…news of his death in India got to the Chabad rabbi in Bangalore who, from the moment he heard, was haunted by the responsibility he felt to find the body and ensure the deceased was given a Jewish funeral, buried among Jews – if not in Israel, at least in a Jewish cemetery in India.

When a Jew dies, the body is given a shomer, a human “guard” who never leaves it unattended until it is buried. Not for a second, around the clock, is the body alone, until it can be returned to the earth. From dust we were created, we are told and to dust we return. But not alone…never alone.

Rav Zvi Rivkin used every connection he had, did all he could. He spoke to the son and demanded that the son give him permission to take custody of the body. As his own expense, Rav Rivkin assured the son, he would see this Jew buried according to Jewish law.

It took a while, precious hours, for Zvi to get permission, to find out what village.…but as soon as he did, he set out across India. He arrived to find that the villagers had approached the son and demanded the right to bury a man they respected. The son didn’t care and so gave the villagers permission. It was to this scene that Zvi arrived.

It had been decided that they would do an autopsy and then would bury the body in the Christian cemetery. The Rav called the man’s son and at first, in anger, the son, now a man, said he didn’t care. It took time and anger and persuasion and more, until the son agreed and the Chabad Rabbi finally was given the body.

During the debates, the international phone calls and more – people came and told Zvi about the man who had died. These stories, Zvi stored away, hoping someday to share with the man’s family. There is no question that this man who abandoned his child, caused great pain and trauma, but in his later years he worked hard to help others. He took care of people who needed his help and watched over, cared for others in his village.

Exhausted from almost no sleep and barely any food, Zvi brought the man back to Bangalore hours before the Jewish Sabbath, where he was buried with dignity and honor.

What possessions the man had were given to Zvi, intended for the man’s son in Israel. Slowly, as travelers heading home to Israel have room, they are being shared and someday, someday, Zvi hopes either the man’s son, or at least his grandchildren, will some day visit the man’s grave.

What Zvi understood right away was that through the anger of the boy, the son, was the need of the man he had grown into to come to terms with his father, to forgive him and ultimately to learn more about who his father had been.

It is a story that can have no winners and yet through the caring and devotion of a Chabad Rabbi in Bangalore, the story had no losers. Sometimes in life and death, that’s the most you can ask for.

And, of course, may God bless the Chabad Rabbi, his wife and children, and the holy work they perform, simply for being there to help others…even those who have moved on to the next world. 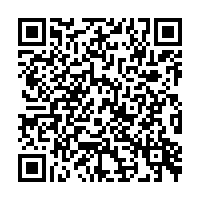