French Foreign Minister Laurent Fabius is leaving the marathon negotiations that have gone into overtime led by the United States between world powers and Tehran over Iran’s nuclear technology activities.

A French official told France 24 today (Wednesday, April 1) that Fabius was leaving the talks and would return from France when it was “useful.”


Speaking at a joint news conference with Germany’s Chancellor Angela Merkel in Berlin, French President Francois Hollande said it would be better to have no deal than a bad deal – the same opinion expressed last month by Israel’s Prime Minister Binyamin Netanyahu while speaking to the U.S. Congress.

And yet, talks are continuing in a marathon effort to reach a deal which by all accounts other than those of the negotiators themselves, appears to be a bad deal, at least for everyone other than Iran.

The deadline for talks had been set for March 31 – a supposed “hard” red line that U.S. President Barack Obama vowed would not be crossed.

Today that line was crossed with ease, in Obama’s desperation to reach a deal with Tehran – as was the “red line” set by Obama over the use of chemical weapons against Syrian citizens by President Bashar al-Assad.

It was not clear what prompted the French foreign minister to leave. Russian Foreign Minister Sergei Lavrov had told Russia’s TASS news agency that a general accord had been reached all “all key aspects.”

Both Iran and Russia had expressed optimism in the wee hours of Wednesday as talks broke for the night that an agreement was within reach.

Hamid Baidinejad, a senior Iranian negotiator, told reporters his team is willing to talk until the deadlock is resolved. “Iran does not want a nuclear deal just for the sake of having a deal,” he said. “A final deal should guarantee the Iranian nation’s nuclear rights.”

Those rights would include unfettered Iranian nuclear research, and development into even more advanced uranium enriching centrifuges than already exist, when the 10-year limit of the agreement is reached.

Iran has been demanding that all United Nations sanctions be lifted prior to any cessation of nuclear activities without automatic reinstatement upon violation of the agreement. “There will be no agreement if the sanctions issue cannot be resolved,” Iranian negotiator Majid Takhteravanchi told the Iranian FARS news agency.

The five world powers led by the United States (P5+1) meanwhile warned that nothing could be done without concessions from Iran as well. These include access to sites where nuclear research is being conducted, a severe reduction in the number of centrifuges operating to produce enriched uranium and other issues still to be worked out.

But Israel is maintaining that the deal as it currently stands is altogether a bad deal – that no centrifuges should be allowed to operate, and that Iran should not be allowed to produce any enriched uranium, the fuel that powers atomic weapons of mass destruction.

White House spokesperson Josh Earnest told reporters at a briefing in Washington that U.S. negotiators won’t keep talking “until June” to reach a deal. “If we’re not able to reach a political agreement, then we’re not going to wait … until June 30 to walk away,” he said. June 30 is the date a final agreement was originally to be signed, sealed and delivered – not just a basic outline.

At this point, Obama seems to have painted himself into a no-win situation: if negotiators reach a deal in Lausanne, Switzerland, America’s allies in the Middle East will be profoundly unhappy. Israel is not the only nation that does not trust Iran’s word at the negotiating table: Saudi Arabia and many other nations in the region have been urging the United States to end the talks or — more to the point — consider a “better” deal. 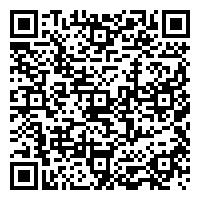