There are a lot of reactions and discussions on social media following the release of the clip of Hamas’s hostage Hisham al-Sayed lying on a bed using a respirator, even among Palestinians and especially Gazans.

I must point out that the reactions are surprising in part. Many Palestinians were shocked (or disappointed) to learn that the “Israeli soldier” is actually a Bedouin Muslim, after expecting him to be Jewish.

Most of the comments online are mocking Hamas. Some address the “real” value of Hisham al-Sayed, while others criticize the poor timing of Hamas’ announcement. All in all, one can say that most Palestinians didn’t show their support for Hamas and its announcement on social media and that it even backfired on the organization.

Attached are a few translated examples of such comments I happened to stumble upon while browsing various social media platforms:

1. Turns out that all this time he was an Arab? And even a Muslim?

3. Indumie (a popular instant noodle brand similar to ramen, which was served to Gilad Shalit) is bad for you…

5. Poor Hisham, came to Gaza during a difficult financial situation. Gilad Shalit had BBQs and watermelons. The situation is complicated now…

7. What happened? Did he start a hunger strike? When are there prisoner visits?

8. Hamas missed the timing of the announcement – Israel has a transitional government right now.

9. No one seems to be looking for him.

10. This is what happens when you eat too many chicken wings.

12. Israelis on social media are probably making fun of Hamas’ announcement as much as we are.

13. As long as his name is Hisham a-Sayed (as in an Arabic name – Abu Ali) if we’ll manage to get a bicycle in exchange for him this will be considered an achievement. 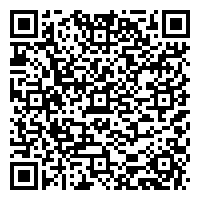