Three weeks ago, MK Nir Orbach dropped a political bombshell when he announced, “I am no longer part of the coalition.” Orbach’s decision hastened the dissolution of the coalition, convincing Prime Minister Naftali Bennett that his government stood a very small chance of survival. On Wednesday, Kipa reported that the next step in Orbach’s career was to join the Likud.

Kipa cited sources in the Knesset who said that in recent days Orbach had been in close contact with senior Likud member MK Yariv Levin, and has been helping the Likud achieve their goals in the Knesset committee of which he is the chairman, mostly through repeated postponements of the prerequisite discussion between coalition and opposition factions on letting the Knesset dissolve. In return, according to Kipa, the Likud has guaranteed a realistic spot on their election slate, without the need to run in the party’s primaries in July.


It should be noted that Likud will be needing Orbach’s good services not only through the demise of the 24th Knesset but also during the three or so months leading up to the election for the 25th when only Orbach and his committee will stand between the Lapid caretaker government and whatever legislation they wish to enact.

Meanwhile, it is not at all clear that Orbach, who has been granted his political life by Yamina Chairman Naftali Bennett, has a snowball’s chance in hell to be added to his home party again. Bennett and his loyal minister, Matan Kahana, are furious at Orbach who, basically, stole a year as prime minister from Bennett.

Sources close to Constitution Committee Chairman Gilad Kariv (Labor) told Srugim that should Orbach continue to postpone the Knesset’s plenum debate on dissolving the house and setting a date for the next election, he, Kariv, would not hesitate to use his authority to cut him off at the knee, with Article 80 of the Knesset Regulations that gives him the authority to issue amendments to the election law. They were certain the Knesset legal counsel would support Kariv’s move, considering Orbach’s blatant misuse of his authority.

One of the main areas where the Likud needs Orbach’s assistance has to do with the coalition’s attempt to bring to a vote the law that bars a defendant facing criminal charges from forming a government, also known as the “Defendant Law.” On Tuesday, the Ministerial Committee for Legislation agreed to promote two bills on the subject, one submitted by MK Gabi Lasky (Meretz) and the other by MK Eli Avidar (Yisrael Beiteinu). Orbach can squeeze the will to live out of both these bills until the Knesset is finally dispersed – and for that, he should be lavished with political goodies. 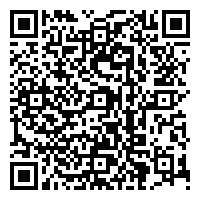