Hamas-affiliated sources in Gaza report that during the IDF’s attack in the Gaza Strip, at 00:26 (local time – Abu Ali), the “resistance” fired two “Sam 7” missiles at the Israeli helicopters.

Even Hamas spokesman Hazem Qassem referred to this incident in his official post-attack statement, congratulating the members of the “resistance” for firing at the enemy’s aircraft with machine guns and missiles.


Commentators affiliated with Hamas are trying to elevate the firing of the “Sam 7” missiles as a “game-changer” which Israel did not anticipate when it decided to respond to the rocket fire towards Tel Aviv.

Hamas loves having “the last word”. Their reports of them launching missiles at IDF aircraft if for them having the “last word” in this round. Hamas brought a new element into the game (mostly psychological), the true nature of which will be determined in the next rounds to come. 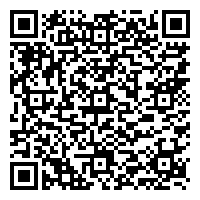