Rumors on social media are spreading of the possibility that the young man who hopped over the fence into Israel from the Gaza Strip this evening is fugitive informant ‘Abd al-Karim Abu Odeh.

Hamas is frantically looking for a prisoner who escaped early this morning. Hamas’ maritime police have issued an urgent statement preventing fishermen from going to sea and warning them from helping “escaped fugitive” Abd al-Karim Abu Odeh.


Hamas released his photos online and announced a cash prize to anyone who provided information that would lead to his arrest.

Gazans started speculating on social media that Abu Odeh worked for Israel and that Hamas seeks to prevent him from escaping the Gaza Strip by sea. Indeed, Abu Odeh was a senior commander in the Izz ad-Din al-Qassam Brigades, imprisoned in the Gaza prison after being accused of working for Israel.

According to a senior Hamas official, Abu Odeh mapped Hamas’ tunnel network using a special device which he received from the Israeli “Shin Bet” (“Shabak” / GSS).

Despite Hamas’ high alert on the borders to prevent the escape of fugitive Abu Odeh, the IDF Spokesman recently reported that a young Palestinian managed to cross into Israeli territory in the northern Gaza Strip…

—
Rumors on social media are spreading of the possibility that the young man who hopped over the fence into Israel from the Gaza Strip this evening is fugitive informant ‘Abd al-Karim Abu Odeh.

Hamas’ information security department was quick to issue a warning on its behalf: “The purpose of the recent reports published by the occupation (Israel – Abu Ali) is to sow confusion among the Palestinian population. One must be careful not to spread the occupation’s narrative and rely only on information provided by official sources (Hamas – Abu Ali).”

This didn’t prevent those opposing Hamas’ from seizing the opportunity to lash out against the organization. One prominent critic wrote: “This was the fastest prison escape in history… and he didn’t even use a spoon (the spoon was previously attributed to the escape of Palestinian prisoners from the Israeli Gilboa prison – Abu Ali).”

And another highlight:
“Give me the cash prize and I’ll confess to the accusations attributed to the escaped prisoner…”

—
This is definitely the main issue that is concerning Gazans on social media today. 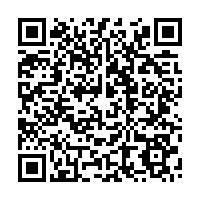