Before World War II, I lived in Kovno, Lithuania with my parents and my sister. We lived a comfortable life.

We went on summer vacations.

We had a live-in maid who lovingly spoke Yiddish to us.

Then the war happened, and what was once a pastoral life turned into a nightmare.

Miraculously, I survived 11 concentration camps. Dachau, Auschwitz, Mauthausen and Gunskirchen were only some of the houses of terror where I was imprisoned.

To this day, I ask God why I was chosen to survive while my friends and father did not.

At 88 years old, I still haven’t come close to hearing his answer to that question, but I am very grateful to have not only survived but flourished.

For most of my adult life, Chicago was my home. I established a successful dental practice there, got married and had two beautiful children. But throughout it all, I knew if I truly wanted to make my people proud, I had to live in the only place where Jews can truly be Jewish—and that is Israel.

But life has its setbacks and the dream was always pushed to the backburner. However, my son made aliyah 17 years ago and I happily came to visit for the birth of all of his four children.

Then, last year, my wife passed away. I came with my daughter to bury her here in Israel and decided that this time, I wasn’t going to leave. When I stepped off the plane in 2021—in the middle of the coronavirus pandemic—and saw the Israeli flag waving in the clear blue sky, I knew this is where I needed to be.

I’m grateful to Nefesh B’Nefesh, its partners and the State of Israel for providing me with a new life where I learn Hebrew at ulpan (with some difficulty), spend time with my grandchildren and relish in finally being home.

When I wake up in the morning or pray alongside my son in shul, I often ask myself: “Is this really my life?” “Did I really survive all that and now have the privilege of living among people who were sure to perish en masse nearly 80 years ago?”

As we commemorate International Holocaust Remembrance Day, I encourage younger people not only to hear the tragedy in our stories of survival but also to understand that each story of survival is also a story a hope. It is the hope that despite the horrific events that can happen to a person, there are still ways to persevere and start anew.

And to those who are skeptical of the Holocaust or deny its existence, I hope to be another source of proof who can say unequivocally that it happened. My memories and the memories of millions of others should serve as testimony that such horrors should never happen again.

With the world in tumult and Jews reeling from the latest incident where members of a Texas synagogue were taken hostage, I warn lovers of Israel to not be complacent in their life in the Diaspora.

I, too, lived a life of comfort, until it was taken from me. And so, to the next generation, I say: Be alert, be vigilant, and know that you can always come home.

(Arnold Clevs is originally from Lithuania. After spending four years in the camps during World War II, he lived in Italy before moving to the United States, where he served in the U.S. Air Force as a captain and owned a dental practice in Chicago. He made aliyah in 2021 and now lives in Jerusalem) 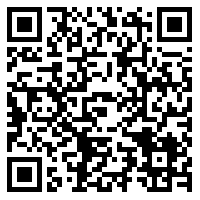