I’m worried. But it’s not my own country that I’m worried about. Despite the recent increase in Arab terrorism and crime-as-jihad, despite the real threat of a regional war with Iran and her proxies, and despite the difficulty of obtaining a stable and Zionist governing coalition, I am convinced that Israel will make it through her current tribulations.

I am not so sure about the United States. I am imagining a world without the American superpower, and I don’t like how it looks (one of the notable symptoms of the problem is that many Americans seem to prefer such a world).


What triggered me (sorry) was a recent article in the NY Times (“While Politics Consume School Board Meetings, a Very Different Crisis Festers”). It argues that while parents are up in arms about political issues like “Zionism, Maoism, slavery, freedom, the Holocaust, critical race theory, the illegality of mask requirements, supposed Jewish ties to organized crime and the viral falsehood that transgender students were raping people in bathrooms,” schools are suffering from shortages of vital supplies and workers, an epidemic of vandalism, and a massive increase in mental health problems and even student suicides. I would add to this school shootings, of which there have been 29 so far in 2021.

The NY Times, naturally, wants to minimize the importance of the “political” issues and suggest that parents should just shut up about what some of them think is the utilization of schools (public and private) to indoctrinate students with radical beliefs. But while I believe, unlike the writers at the Times, that the ideological issues are real and critical to the future of the nation, I agree that the day-to-day issues they list are a troubling indicator of systemic failure. And I note that they are related to and derived from the ideological ferment that is gripping the country.

Some people tell me that I am not in a position to comment on social and political trends in the country in which I do not live and haven’t visited for seven years. On the contrary, I think that my vantage point provides me with a global view that Americans, who are boiling in the social pot of the USA like the proverbial frogs, do not have. I obtain information from multiple media and make an effort to include moderate and extreme liberal/progressive and conservative voices, both from “mainstream” and independent sources. My social media consumption is also balanced, and I make an effort to distinguish between the voices of real Americans and various fake personas that are bots or employees of disinformation farms. And I have personal contacts with people of all political stripes. Indeed, because I see it as part of my job, I am probably better informed about what happens in the USA than many of its inhabitants.

And what I see is an accelerating tendency toward violence, extremism of the Right and Left, a dysfunctional educational system from K-12 through the universities, increasing cynicism and distrust of almost every institution from the banking and financial systems to law enforcement, the actual breakdown of law enforcement in many places, governmental incompetence and venality at all levels, and at the very top, a president who is disconnected from reality and whose decisions are being made by unaccountable and unknown others.

I see the government failing at many of its basic jobs, such as maintaining stability of the currency, protecting the country’s borders, maintaining military preparedness, and (as a superpower) keeping the confidence of its allies that it will meet its commitments to them.

I see a movement that is increasingly evident in education, government, and even business, to make personnel decisions on the basis of racial and other categories (“diversity and inclusion”) rather than ability or accomplishment. Although the intent is to compensate for past discrimination, the effect is to a) reintroduce the poison of discrimination and consequent resentment into society, thereby increasing racism, sexism, and so on; and b) to reduce the level of competence in the institutions by lowering standards.

I see a version of history being taught in which the US and the West in general are presented as the greatest of evils. Young people are learning to despise their own country and to want to destroy it, rather than to identify with it and improve it.

I see the increasing popularity of a post-modern concept of truth, in which the idea of “objective truth” has been replaced by competing narratives. In particular, the narratives of groups that are defined as oppressed are considered more valid – more truthful – than those of groups who are defined as powerful, or oppressors.

I see much of the professional media having given up on the goal of ferreting out objective truth, and becoming advocacy organizations for particular groups or ideologies. Sometimes it is because they have adopted the post-modern viewpoint, and sometimes they simply consider their political objectives more important than accurately informing the public.

I see a large segment of the populace, especially educated young people, who have decided that the assertion of subjective, unverifiable, psychic “harm” overrides the right of free expression. Many even equate the expression of certain ideas to violence, and believe that it’s moral to respond to it with real physical violence.

I see a denigration of law enforcement, which has led to an increase in crime by decreasing resources dedicated to police, by causing disrespect for the law itself, and by reducing the quality of law enforcement personnel.

I see a neurotic politicization of what should be scientific questions, particularly those dealing with the pandemic. Indeed, almost every issue that could be controversial quickly is adopted by one side or another as a portion of “religious” doctrine that is immune to refutation by facts.

I see an objectively nonsensical theory of gender and sexuality having somehow obtained the force of social taboo, with the ability to remove “heretics” from their jobs and livelihoods, and even being written into laws enforcing compliance with the tenets of this theory.

Much of the social pathology is fed and watered by social media, which by the very nature of the robotic algorithms that animate it, nourishes extremism and exacerbates discontent. These algorithms are designed to keep participants occupied so they will view ads. Unfortunately, what drives engagement turns out to be conflict, so the side effect of the algorithm is to encourage emotions like anger and fear.

The companies that operate the social media systems have in some cases become more powerful than governments, and cannot be controlled by them. Social media is also easily penetrable by the nation’s enemies, who can inject content to amplify these disruptive forces. There is no doubt that this is going on.

The combination of many factors – the size and diversity of the country, the subversive activity of some of its enemies – it has been a target of Russian psychological warfare since the 1930s – the penetration of the universities by Middle Eastern petrodollars since 1973, the built-up anger in its black minority, the antagonisms left over from the Civil War, the economic devastation of blue-collar workers and regions as a result of globalization, the rise of non-productive financial institutions like hedge funds that extract wealth from the middle classes and exacerbate economic inequality, the costly mistakes of some political leaders (e.g., attacking Iraq), and now the catalysis of conflict by social media have all helped bring the nation to its knees.

Is there hope that the nation will pull out of its dive before it breaks apart? I’m not optimistic, because even with better political leadership, many of the forces pulling it apart will remain. And China, Russia, and Iran and are standing by to fill its role as regional, and even world-wide superpowers. 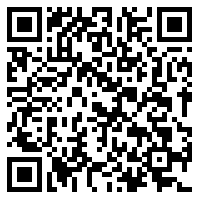