Recent hints about what might be in Donald Trump’s deal of deals indicate that it includes Israel annexing parts of Judea and Samaria containing major settlement blocks, in return for “land swaps” in which a Palestinian entity would receive land that is presently within the Green Line.

I am not sure where the idea first surfaced, but it was included in the Clinton Parameters, the offer made at the 2000 Camp David summit, which was rejected by the PLO.

Prior to 1948, all of the land from the river to the sea was a single entity, the British Mandate for Palestine, established in 1922 and intended to constitute or contain a “national home for the Jewish people.” In 1947, Britain had had enough rioting and terrorism from both Jews and Arabs in the territory of the Mandate, and wanted to be done with its obligation. Over the years, they had lost interest in the Jewish national home, and felt that their interests would best be served by Arab control of the area. But others supported the establishment of a Jewish state, for various reasons.

There was the worldwide Zionist movement, and of course the Yishuv, the Jewish settlement in Eretz Yisrael itself, which had already put into place the structure of a shadow state. There were Christian Zionists, who believed that the establishment of such a state would be a fulfilment of Biblical prophecy. There were elements in the US who thought that the Jews deserved recompense after the Holocaust. There were those who saw a Jewish state as a convenient destination for millions of Jewish refugees that nobody wanted. And there was Stalin, who saw in the socialist leanings of the leadership of the Yishuv a possible ally in a very strategic neighborhood.

So the UN proposed a compromise and recommended a partition of the area of the Mandate into a Jewish and an Arab state. The Jewish Agency, happy to get any kind of state no matter how attenuated, accepted it, although both Begin and Ben-Gurion were apprehensive, correctly expecting war. The Arabs – both those who lived in the Mandate and the Arab nations – rejected it. Why should the Jews get anything at all? The nonbinding recommendation (UNGA 181) of the General Assembly was never implemented. It’s important to understand that it was only a recommendation, with no legal force. Both Jews who say “the UN gave us a state” and Mahmoud Abbas, who in 2016 called for the implementation of the partition on its original lines, are wrong.

In May 1948, the State of Israel was proclaimed without specifying borders (although an agent of the “provisional government” wrote to US President Truman that the state was declared “within the frontiers approved by the General Assembly… in [Resolution 181],” it’s not clear if this had any legal significance). It has been persuasively argued by Eugene Kontorovich that Israel inherited the borders of the Mandate, since there was no other entity that could have a claim on it.

Immediately after the declaration, several Arab states invaded the new state of Israel, making statements that they intended to destroy the state and massacre its Jewish inhabitants. The war ended with a cease-fire, not a peace agreement. In 1949, agreements were signed between Israel and Jordan and Israel and Egypt, which specified lines of disengagement where the armies were at the time of cessation of hostilities. The line between Jordanian and Israeli forces in the east was called the “Green Line” because Moshe Dayan drew a line on a map with a green pencil during negotiations with the Jordanians.

Neither side, particularly the Arabs, wanted to make borders out of the armistice lines, and there is language in the armistice agreements that specifically states that the lines have no political significance. The agreement with Jordan states,

During the fighting and after its end, Jordan occupied the territory of Judea and Samaria to the east of the Green Line, committing numerous war crimes – massacres of prisoners and civilians; ethnic cleansing; unnecessary destruction of civilian property, especially including religious sites; sniping civilians, and more. A year later, in 1950, Jordan officially annexed the territory, calling it (for the first time) “The West Bank.”

The annexation violated the UN charter, and was considered illegal by most of the world. It was only recognized by the UK – which had helped the Jordanians in the 1948 war and which still hoped to replace the Jewish state with an Arab one – Iraq, which was an ally of Jordan in that war, and possibly Pakistan.

Jordan, which had opposed the partition resolution in 1947, did not try to create an Arab state in Judea and Samaria in 1949. Its objective was to add to its territory.

Nineteen years later, in 1967, King Hussein of Jordan ignored Israeli warnings, listened to the fake news coming out of Egypt and joined the war – yet another Arab war to destroy Israel. As a result, Israel gained control of Judea, Samaria, and eastern Jerusalem, ending the Jordanian occupation, and arguably finally obtaining the borders it should have had with the declaration of independence in 1948. Later, treaties with Egypt and Jordan established recognized borders between Israel and those countries.

But the Green Line and the name “West Bank,” artifacts of the nineteen-year illegal Jordanian occupation never went away. Despite the clear declaration by all parties that the Green Line was not a border, the PLO – by wishing it so – has decided that it is one, between Israel and the non-country of “Palestine.” The Israeli presence between the Green Line and the Jordan river is considered by the European Union and others, following the lead of the PLO, to be a “military occupation,” and Israeli Jews living there are called – based on an egregiously wrong interpretation of the Fourth Geneva Convention – “illegal settlers.”

How this happened is a long story, but a simplified explanation is that a lie can become accepted as true when it is repeated enough times by enough people. And that’s what happened here, starting with the KGB’s creation of the Palestinian people in the 1960s, through the extended blackmail of Europe by Palestinian terrorism, bolstered by Western leftist guilt, and sealed by resurgent European and Islamic Jew-hatred.

The idea of swaps ought to be unacceptable to Israel, because it presupposes Arab ownership of all of Judea and Samaria. Why should Israel be required to compensate the Palestinians for taking its own land?

The next time someone tells you that the “West Bank” is “Arab land,” ask them how nineteen years of illegal Jordanian occupation made it so. 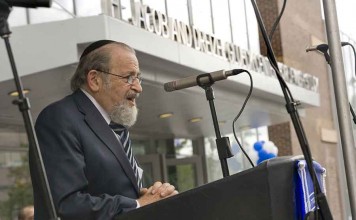 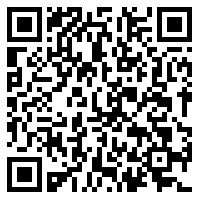