The announcement that Israel and the United Arab Emirates would be negotiating an agreement to normalize relations was greeted with cheers from most friends of the Jewish state, and boos from the Palestinians, Turkey, Iran and its satellites, and the anti-Israel Left. Until an actual agreement is signed, though, it’s impossible to say what its real significance will be.


My immediate reaction was that I am happy to see normalization of relations with the anti-Iranian faction of the Arab world. Anything that facilitates cooperation against Iran is a good thing, although I have no illusions that there is any fundamental change in the Arab consciousness. It is still Islamic doctrine that Jewish sovereignty over what they believe is rightly Muslim land is unacceptable. Islam, however, permits temporary alliances – even with Jews – when they are expedient, and certainly the situation in the Middle East today makes it highly expedient. But Islamic antisemitism, as well as the overlay of Nazi Jew-hatred imported from Europe, won’t go away so easily (just at look at our “peaceful” relations with the Kingdom of Jordan for an example of de jure peace and de facto hatred).

On the other hand, we have to start somewhere, and Israelis really like the idea of visiting those fancy hotels.

But – you were waiting for this – I have one big concern about the process, and that is the suspension of plans for extension of civil law or sovereignty to the Jewish communities in Judea and Samaria, as well as the Jordan Valley.

It was already unlikely that this would have happened, despite the promises made by PM Binyamin Netanyahu. I believe Trump Administration officials wavered in the face of pressure from opponents of sovereignty, and Netanyahu – no Menachem Begin or David Ben-Gurion he – did not dare to go against American wishes. Perhaps it would have been possible if Israel had acted quickly when the idea was first mooted, but our endless series of elections and concomitant governmental paralysis stretched out for long months, during which the Europeans, Arabs, and Israeli opponents of the plan all had time to persuade Trump advisor Jared Kushner to torpedo it.

Although the Americans have said that the plan is only suspended, not canceled, it is difficult to imagine that it will be realized. Once we’ve committed to establishing relations with the Emirates, taking action on sovereignty would be portrayed as a betrayal of our new peace partner. Anyway, if the Democrats win the election (which will be closer than you may think), we can forget about any possible American support for this move, and probably a return to the Obama-era pressure for concessions to the Palestinians.

Many observers suggest that since there was already no chance to implement sovereignty, then Israel gave up nothing by agreeing to the demand to suspend it. But this ignores the very important political significance of the decision.

The official Israeli position is that the territories belong to Israel by international law. But Israeli officials have always been ambivalent about this. The decision to treat the Arab population in accordance with the law of belligerent occupation, as though the land were occupied, seems to sometimes have been understood by elements in Israel’s government, Foreign Ministry, and judicial system as implying that the status of the territories in fact is that they are under occupation.

This is the significance of the almost universal use outside of Israel and by the Israeli Left of the term “annexation,” which implies taking something that doesn’t belong to one. And this is why the Israeli Right calls it “application of civil law” to territory that is already part of our country. The implication of the latter terminology is that the action is entirely an internal Israeli matter. Making an agreement with a foreign state not to extend civil law to the territories implies that their status is a legitimate question for international debate.

And don’t think that the Emiratis don’t see it this way. Listen to Hend al Otaiba, Director of Strategic Communication for the UAE Ministry of Foreign Affairs, when asked “why now?”

Annexation was our immediate concern. We felt it would kill the prospects for a two-state solution, which has been the basis of almost all past peace-making efforts, and set prospects for regional peace back decades.

Most everyone – and that unfortunately includes the US Democratic presidential and vice-presidential candidates – that talks about a “two-state solution” means at least an Israeli withdrawal from most of the area east of the Green Line, including the dismantling of Jewish communities with the exception of those right next to the new “border,” with the Palestinians being compensated with equivalent land elsewhere. The Palestinians and many others go farther, and include a right of “return” to Israel for the descendants of Arab refugees. Implicit in these plans is the idea that everything across the line is “occupied Palestinian land.”

Israeli public diplomacy should push back against this idea. It should stress that the land belongs to us, and while we might under some conditions cede some of it for a Palestinian entity (something less than a state!), there is no a priori Palestinian right to it.

That is why agreeing to suspend the application of civil law indefinitely (which really means forever) is a big deal.

Our relations with the Emirates have been warm for quite some time, although unofficial. They could become warmer yet and still remain unofficial. Anyway, it isn’t clear that we’ll get so much from the official deal. When al Otaiba was asked if the agreement would be likely to lead to a UAE embassy in Jerusalem, she replied, “We’re bound by international resolutions as well as an Arab position that wants an independent Palestinian state with Jerusalem as its capital.” So much for that.

I believe that Israelis care too much about (I might say “are obsessed with”) gaining international approval, especially by Arab and Muslim nations. So an official treaty of normalization of relations is almost impossible to resist. I expect the negotiations will be interesting, with the Emiratis pushing to weaken Israel’s case for sovereignty over Judea and Samaria and especially Jerusalem, while Israel will make concessions (which it will describe as “only symbolic”) in order to obtain practical benefits. In the context of a possible new US administration that will be pressuring Israel vis-à-vis the Palestinians, these “symbolic” compromises might end up having unpleasant results on the ground.

It remains to be seen whether those concessions will be justified, considering that most of the practical benefits for both sides could be obtained without making them. I’m guessing that the answer is “no.” 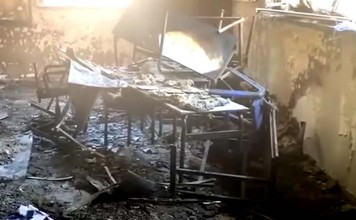