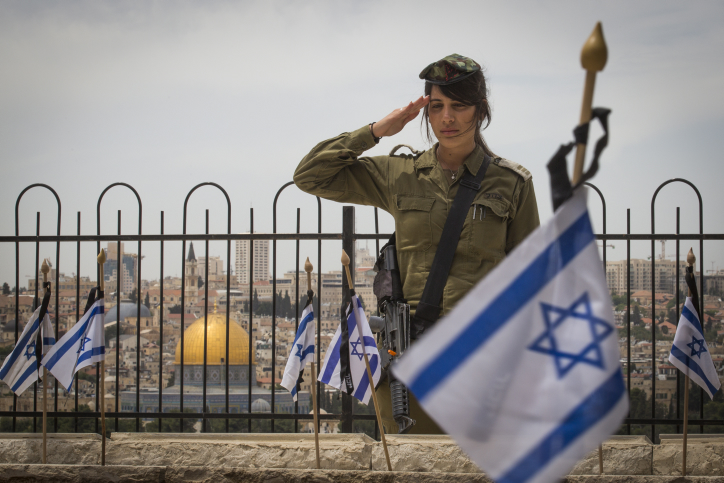 In Israel, Memorial Day (yom hazikaron) is the day before Independence Day (yom ha’atzmaut). It makes sense: you can’t think about the miracle of our Jewish state without remembering the 23,816 soldiers, police, and other security people who lost their lives so we could get it and keep it, or the 4,166 civilians who were murdered by terrorists who want to take it from us.


Israel is a small country. An equivalent number, adjusted for population, would be over 1 million Americans. Every Israeli knows someone who has lost at least one family member to war or terror.

When I cook or putter in my little workshop, I listen to the radio, to reshet bet, the news and talk channel of Israel’s public broadcast corporation. My favorite radio personality is a guy called Yigal Guetta. Guetta was born in the northern development town of Kiryat Shmona in 1966 to a family that immigrated to Israel from Morocco. He wears a black kipa and served in the Knesset on behalf of the Sephardic Haredi Shas party in 2016-7, but was forced to resign by his party after he revealed in an interview that he had attended the gay wedding of his nephew. He didn’t dispute the rabbis who demanded that he quit. He was and is a traditionally observant Jew. But family is family. Some years before that he was fired from a job as CEO of a small city when he accused the mayor of corruption. Like me, he likes to cook and sometimes describes traditional Moroccan recipes on the air. This is who he is.

But yesterday, I learned something about him that I did not know. He talked about one day when he was 8 years old, April 11, 1974. That was when Palestinian Arab terrorists (PFLP-GC) infiltrated Kiryat Shmona from Lebanon, and murdered 18 people, including 8 children. The terrorists first entered a school building, but it was closed for the Passover holiday. Then they moved on to a residential building, shooting everyone they saw and throwing grenades. The army was late to arrive, and Guetta’s brother and sister-in-law were among the victims.

He described how his parents were never the same after that. I can’t come close to imagining how it was for them.

You would think things would have changed since 1974, but because of our failure to take a consistently severe stand against our enemies – in Jabotinksy’s phrase, our failure to build an “iron wall” – Palestinian Arab terrorism continues. Just yesterday, maybe while Yigal Guetta was describing 1974’s events in Kiryat Shmona, a 62-year old woman was stabbed seven times, in the street in Kfar Saba. Fortunately she will recover, but less fortunately the terrorist, who was shot by a civilian security guard, will also live. Israelis all know the drill – he will get the best medical care available in the Middle East, spend a few years in probably the most comfortable prison regime in the world outside of the Scandinavian countries, and receive a handsome salary from the PA, funded by generous donations from the EU.

Terrorism won’t end until Israel finds the gumption to eradicate the Palestinian Authority that sponsors, funds, and promotes it. Indeed, the PA’s official media recently praised the terrorists that killed Guetta’s relatives as “martyrs” and “heroes.”

But you haven’t heard the worst part. The psychopathological post-Zionist contingent in Israel, combined with various American leftist groups and supported by the New Israel Fund, holds an annual “Alternative Yom haZikaron ceremony” which “mourns the loss of all those who fell in the context of the conflict – both Israelis and Palestinians.”

Do you understand? The PFLP-GC terrorists, the great “martyrs” and “heroes” of the Palestinian movement, who murdered 18 people in cold blood, including 8 children, including Yigal Guetta’s brother and sister-in-law, are mourned by some of their Jewish targets.

And not only them. The terrorist that exploded his bomb in the Sbarro Pizza restaurant in 2001, killing 15, including 7 children. The ones that hijacked the bus on Israel’s coastal highway in 1978, and killed 38, including 13 children. These Jews pray for them.

I simply cannot wrap my mind around this. I cannot understand why an Israeli Jew or indeed any Jew would mourn for those who met their ends when they murdered or attempted to murder us. Do Americans hold ceremonies to mourn the 9/11 terrorists? Do Russians cry for Hitler? The only word that adequately describes this is “insanity.”

It isn’t surprising that extremist anti-Israel groups like If Not Now and J Street would participate in this lunacy. But the largest Jewish organization in North America, the Union for Reform Judaism, is one of the event’s cosponsors. They even retweeted an announcement by the organizers of this event, and added their own words, asking people to “… Join us and thousands of others from all over the world as we join together in peace.”

One of the feelings invoked in me by yom ha’atzmaut is that the re-establishment and survival of a sovereign Jewish state in our historic homeland is a highly unique and remarkable event. If I were a religious person, I would say it is miraculous. Surely it was accomplished at great cost, and it continues to exact a cost in blood. We owe so much to the families who have lost their sons and daughters in the struggle against an implacable enemy, that to mourn the very ones that ripped the hearts out of those families is an obscenity.

The long struggle has been too much for some of us, and there are those who have descended into a syndrome of madness, who choose to draw close to their murderers by adopting their point of view. They hope, perhaps, that by sacrificing their own people they will purify themselves from the evil they have come to believe is inherent in their nation-state, and if truth be told, in themselves as Jews.

By forcing themselves to empathize with those who are capable of shooting Jewish children, they believe that they will be better humans, and therefore find a way to communicate with the Other so as to bring peace.

But at the end of the day, this strategy always fails; and they find themselves alone, estranged from their people, while still despised by their enemies. 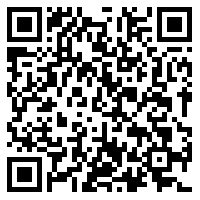