Amos Schocken is the publisher of Ha’aretz, the employer of Gideon Levy and Amira Hass, of Rogel Alpher and B. Michael, and other writers who pour out their hatred of the Jewish state both in Hebrew and English translation. To someone like me who believes that the battle to defend Israel in the information sphere is as important as the kinetic conflict on the battlefields, Amos Schocken is the devil.

Schocken and the rest of the Israeli Left passionately hate the recently passed Nation-State Law. To them, the statement that “Israel is the nation-state of the Jewish people” is anathema. It is a statement of Zionism, which is Jewish nationalism. And they don’t care very much for either nationalism (except perhaps Palestinian nationalism) or anything connected with Jewishness. In fact, I suspect that they don’t care much for Jews either; but that’s another blog.

For those who don’t know, Israel does not have a constitution as such. When the state was declared in May 1948, there was no time to create one in the midst of a war. The Declaration of Independence optimistically set a date five months in the future at which a constitution would be adopted. But the differences of opinion about the nature of the state, between religious and secular, socialist and capitalist, were so great that it was – and still is – impossible to develop a comprehensive document that everyone can agree on. Instead, it was decided on an incremental approach: to pass a series of Basic Laws that, taken together, would fully define the state. This task is still incomplete.

The Declaration of Independence refers to the state that is coming into existence as a “Jewish state,” asserts “the natural right of the Jewish people to be masters of their own fate, like all other nations, in their own sovereign State” [my italics] and adds that

The State of Israel will be open for Jewish immigration and for the Ingathering of the Exiles; it will foster the development of the country for the benefit of all its inhabitants; it will be based on freedom, justice and peace as envisaged by the prophets of Israel; it will ensure complete equality of social and political rights to all its inhabitants irrespective of religion, race or sex; it will guarantee freedom of religion, conscience, language, education and culture; it will safeguard the Holy Places of all religions; and it will be faithful to the principles of the Charter of the United Nations.

Since then, several Basic Laws have been passed that define how all the citizens of the state can exercise their rights to vote and hold office. There are also a Basic Law: Human Dignity and Liberty, and a Basic Law: Freedom of Occupation, which have been very broadly interpreted by the courts to guarantee many other rights and freedoms to all Israeli citizens.

These laws contains the formulation “Jewish and democratic state” which, while it doesn’t occur verbatim in the Declaration of Independence, is generally considered to be an accurate description of what the founders had in mind for the nature of the state. The problem is that it is not at all clear what “Jewish” means in this context.

It is pretty clear what “democratic” means: there will be a democratic process for determining the nation’s policies and choosing its leaders, there will be democratic institutions, a rule of law, and citizens will have equal “social and political rights.”

But “Jewish” could mean anything between a state whose laws are identical with Jewish law (a halachic state) to a state with a Jewish majority but no other special features. Nevertheless, it is clear that the founders intended more than just the latter when they said “their own sovereign state.”

There have been pressures from some non-Jewish citizens and left-wing Jews like Schocken to redefine the state as “a state of all its citizens.” Some want to eliminate all specifically Jewish content from the symbols of the state like the flag and the national anthem, and repeal the Law of Return for Jews. In response to this, the Knesset considered – for a period of years – and finally passed, the Basic Law: Israel as the Nation-State of the Jewish People, which explicates the meaning of “Jewish state.” The most important part of it is this:

The State of Israel is the nation state of the Jewish People, in which it realizes its natural, cultural, religious and historical right to self-determination.

The exercise of the right to national self-determination in the State of Israel is unique to the Jewish People.

Amos Schocken would like to see the law overthrown by Israel’s Supreme Court. He asserts that the Court has the power to do this, even though the law itself, as a Basic Law, has constitutional force. This is because of a clause inserted in two basic laws passed in 1992, which can be interpreted as making the Declaration of Independence a “fundamental principle” or source of “supreme values” against which all laws – even constitution-like Basic Laws – can be measured.

This assumption presents significant problems. The Declaration of Independence wasn’t intended to be a constitution, as shown by the provision it contains that a constitution for the new state be adopted within five months. And anyway, even if the Court’s authority to annul a Basic Law on the basis of the Declaration of Independence were granted, the whole issue rests on the interpretation of terms (e.g., “Jewish State”) that are used but not defined in the Declaration.

Schocken argues that the Declaration promises Arabs full “social and political” rights. And he is correct. But then he conflates these rights with the right to a national home in Israel for Palestinian Arabs, which it clearly does not grant them. He writes:

How is this [the Nation-State Law] at all conceivable given the explicit statement in the Declaration of Independence that Israel “will ensure complete equality of social and political rights to all its inhabitants irrespective of religion, race or sex”? The nation-state law clearly cannot be reconciled with the value of equality as stated in the Declaration.

Of course it can be reconciled, if we maintain the distinction between “social and political” rights – what Americans might call “civil rights” – and “national rights,” including the “right to national self-determination” asserted in the Nation-State Law.

So what are these national rights guaranteed by the new law? Some are “only” symbolic, like the flag, the national anthem, the symbol of the state, holidays, and so on. But some are supremely practical and a matter of life and death: the Law of Return for Jews and the commitment to encourage the ingathering of exiles, Jews from around the world. These rights are what make it possible for Israel to be a place of refuge for persecuted Jews everywhere; the victims of the Nazis, the Jews expelled from Muslim countries, the Soviet Jews, and the growing number of Jews fleeing from violent antisemitism in Europe.

Those who oppose the Nation-State Law say that it takes away rights from non-Jews. But the only “right” it reserves to the Jews is the right to self-determination in their national home, Israel. And this is not a right we wish to grant to anyone else.

In truth, it isn’t a question of democracy. Schocken and his friends are embarrassed by the fact that Israel is still an ethnic nation-state as its founders intended, and they want it to follow the model of European and North American democracies and become a “state of all its citizens.” The Israeli Arab intellectuals who wrote the “Future Vision” document several years ago go farther, and say that they want it to become a binational state, with “Palestinian Arabs” (they define themselves as an “inseparable part of the Palestinian people”) having an equal role with the Jewish majority in the state’s decision-making. Indeed, they also demand a right of return for Arab “refugees,” so even the Jewish majority would be short-lived.

There is good reason to worry, from past behavior, that Israel’s left-leaning Supreme Court will adopt the view that it can adjudicate Basic Laws as Schocken describes, and go on to invalidate the Nation-State Law on spurious grounds. This would create a constitutional crisis that would set the Court directly against the majority of the Knesset, the PM and cabinet, and the majority of Israeli citizens. Most likely the Court would lose, and end up with its power severely circumscribed – and its reputation even worse than it is now. I believe that only the imminence of the election keeps this from erupting now.

An alternative would be for the legal establishment, the Justice Minister (who I hope will be Ayelet Shaked again after the election), and the Knesset to work together to formalize the relationship of the Court to the rest of the government, and clearly define its areas of jurisdiction and the limits of its power.

That would be the adult way to handle it. We’ll find out after the election if our leaders are capable of behaving like adults. 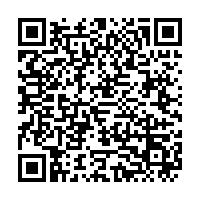