Unless something very unexpected happens, Israel will finally get a government this coming Sunday.

I’m conflicted. I voted for Naftali Bennett and I’m happy that he will be Prime Minister, albeit in rotation with Yair Lapid, of whom I am less fond. But many elements of the agreements that the eight parties that will be in the government have signed with each other are troubling. Although they have not been officially made public, a TV news program released what it said were the details.


One of the provisions is said to be that any PM who serves eight years will have to take a four year hiatus before running again; and during this period he can’t even run for the Knesset. I am in favor of limiting the term of the PM, but it can’t be done in a retroactive way – that makes it a “personal” law aimed at one specific individual. And we know who that is.

Another provision is that if the government falls as a result of a vote of no confidence, Naftali Bennett will not be permitted to be a minister in the succeeding government. Apparently this aims to prevent the scenario in which Netanyahu persuades some members of one of the ruling parties to vote against the government, bringing it down, and then Bennett jumps to join him in a right-wing government.

These provisions require changes to the Basic Laws that serve Israel for a constitution. One of the “interesting” things about Israel’s system is that they can be changed by a simple majority of the members present in the Knesset. It’s almost as if the Democrats in the US could amend the Constitution so that nobody whose initials were D. T. could run for President.

And of course I am irritated by the fact that the government will have 28 expensive ministers and 6 Deputy Ministers, far more than are needed to run the country.

I’m very bothered by Mansour Abbas (not related to Mahmoud Abbas of the PA). The so-called “change government” – “change” meaning “without Netanyahu” – couldn’t get 61 mandates without support from one or more of the Arab parties. Mansour Abbas represents Ra’am, an Arab Islamist party that shares the ideology of the Muslim Brotherhood (as does Hamas). His coalition demands have been mostly pragmatic – that is, he wants money for Arab communities. That in itself is not bad, but part of the deal is that he will receive half a billion shekels (about $154 million) that he can direct to “special projects.” That’s called a slush fund, and will be used to build a patronage empire to make him the most powerful Arab politician in the country.

He also received promises that laws against illegal building in the Negev will be frozen, and fines levied on such construction will be canceled. In recent years, Bedouin tribes have been increasingly squatting on land that belongs to the state or to private Jewish owners. There has also been a sharp increase in agricultural theft (of crops and equipment) and other crimes – especially the theft of weapons from IDF Bases – committed by Bedouins. Reducing enforcement will encourage more violations, which some say rise to the level of challenging Israel’s sovereignty in the Negev.

This government will be the first one in Israel’s history that does not include a single explicitly religious party – except Ra’am! Historian Efraim Karsh, in a recent talk, noted that neither Jordan nor Egypt allows representatives of the Muslim Brotherhood, which wishes to overthrow their states, in their governments. Why should Israel?

Many promises have been made to the left-wing parties that are part of the coalition. One of them requires a special note: there will be a “Department of Jewish Renewal” within the Diaspora Affairs Ministry, whose function will be to aid the Reform Movement in Israel. The likely Diaspora Affairs Minister will be Gilad Kariv, who is a Reform rabbi. I don’t have a theological objection to non-Orthodox Judaism; my problem is political: the Reform Movement in Israel is controlled and subsidized by the movement in the US, which doesn’t hide its desire to remake Israel in the image of a leftist America. Israel is not well-served by an organization that pushes the fantastic and dangerous idea of a two-state agreement with the PLO, or that appears to believe that the Israeli-Palestinian conflict is like the American civil rights movement. It’s also waste of resources – the Reform movement has never gained traction in Israel, and is unlikely to do so even with government help.

There is a lot of very heated rhetoric coming from the Right – that Bennett and Lapid are traitors who have sold out the country because of their overweening ambition. That is clearly not the case. I do think they have the best interests of the state in mind. It should be noted that Bennett in particular has burned his bridges. If this government does not succeed, he is dead in politics.

At the same time, I don’t trust Mansour Abbas, the extreme-left Meretz party, or the only slightly less extreme Labor party. There are already rumors that representatives of the left-leaning parties have been in contact with American officials about resuming the “peace process.” It’s impossible to forget the way Shimon Peres and his associates blindsided Yitzhak Rabin with the Oslo process.

If you look at the ideologies of the various parties that ran in the recent election, it is clear that the great majority of Israelis prefer a right-wing government. If it were not for the question of Netanyahu, we would have a solid right-wing coalition of 70 to 80 mandates. Instead, we are getting a “unity” government that includes Meretz and Ra’am.

Israel is facing some serious tests now: last month, Arabs gangs in cities with mixed Jewish/Arab populations, incited by Hamas supporters on social media, went on a rampage that can only be called a pogrom, burning synagogues, cars, Jewish businesses, and Jewish homes, and beating (and even murdering) Jews. This accompanied the Hamas rocket attacks on Israeli cities. While news outlets tend to describe these events as “Jewish-Arab clashes” the Jewish part consisted mostly of attempts at self-defense where the police were unable to respond, and a comparatively small number of violent incidents perpetrated by Jews against Arabs. There are a huge number of illegal weapons in the hands of Israeli Arabs, including criminals, terrorists, and even ordinary citizens. Will the government have the courage and persistence to collect them?

The Biden Administration is pressuring Israel to limit the right of Jews to live in eastern Jerusalem. Will the government have the spine to resist the pressure?

Hamas is demanding the release of more than 1,000 Palestinians imprisoned for terrorism in Israel in return for two captive civilians and the bodies of two soldiers killed in a Gaza operation in 2014. Will the government give in and release those with blood on their hands, as it did in the exchange for Gilad Shalit? 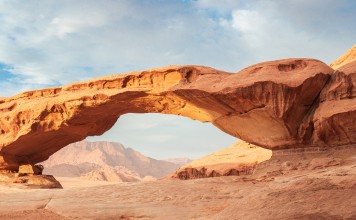 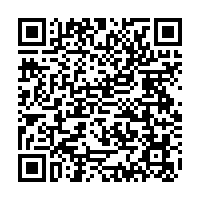