A tunnel dug by Hamas under a UNRWA elementary school in the Zeitoun neighborhood of Gaza has been exposed, Kan 11 News reported Thursday night. The images show the opening of the tunnel, which is located a few meters below the school playground where the children routinely conduct sports, leisure, and morning activities.

KAN NEWS EXCLUSIVE: Photos of the tunnel shaft exposed under an UNRWA school yard in Gaza City. A hole in the ground, caused by either a missile or a missile shard, exposed the shaft of a tunnel dug by Hamas 7-8 meters under the school yard. pic.twitter.com/d0xbyZ8fLl


The tunnel was exposed after a hole was ripped open in the schoolyard as a result of a missile, or missile shrapnel, that was part of an IDF attack, apparently in the first week of operation Guardians of the Walls.

UNRWA teams discovered the tunnel shaft ten days ago, meaning ten days after the end of the fighting in Gaza, and in recent days the agency issued an official announcement about the discovery of the shaft, without the images.

A statement from UNRWA said it had located what appeared to be a “possible tunnel,” and it condemns in no uncertain terms the digging of tunnels under its facilities in Gaza.

UN investigators demarcated the area, and UNRWA has approached the Hamas administration in the Gaza Strip demanding clarification.

Someone should send this report to both John Oliver and Trevor Noah, both of whom condemned Israel for killing so many Gazan children – perhaps they should contact Hamas to let them look at the shaft close-up.

Hamas has constructed a sophisticated network of military tunnels since it seized control of the Gaza Strip in 2007. The tunnel system branches beneath many Gazan towns and cities, such as Khan Yunis, Jabalia, and the Shati refugee camp. The tunnels run dozens of miles, have been used for infiltration into Israel with the aim of attacking Israeli civilians.

The tunnels were used in the capture of IDF soldier Gilad Shalit in 2006, and during the 2014 clashes. The IDF reported that it neutralized 32 tunnels, fourteen of which crossed into Israel. On at least four occasions in the summer of 2014, Arab terrorists crossed the border through the tunnels and engaged in combat with Israeli soldiers.

A 2015 UN Commission of Inquiry found the tunnels “caused great anxiety among Israelis that the tunnels might be used to attack civilians.” Dah. Israeli officials reported four incidents in which “members of Palestinian armed groups emerged from tunnel exits located between 1.1 and 4.7 km from civilian homes.” The Israeli government refers to cross-border tunnels as “attack tunnels” or “terror tunnels.” According to Israel, the tunnels enabled the launch of rockets by remote control, and were intended to facilitate hostage-taking and mass-casualty attacks. 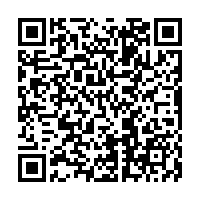