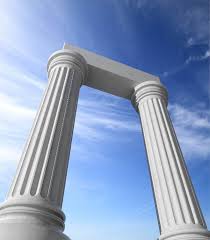 All of my writing is informed by two principles. The first, both logically and rhetorically, is that there is no moral principle more important than the value of preserving the Jewish people. This is axiomatic for me: if we don’t agree on this, then there is no point to continue the discussion.

This means that preserving the Jewish people is more important to me than anything else, including democracy or even considerations of human rights. Not that I think that there is a conflict between the continued existence of this people and the legitimate rights of others; I do not. But if, in any particular case, I have to choose between Jewish survival and the good of others, I will choose Jewish survival.

Some say that this disqualifies me as an “objective” observer of events. Actually, it makes me like everyone else. We all have loyalties that override universal obligations to humanity. Who would sacrifice their immediate family in order to protect the rights of others?


The second principle is the necessity of a Jewish state. If the Jewish state were to disappear, so – in short order – would the Jewish people. Unlike the first principle, this is an empirical one. The early Zionists who called for a Jewish state did so to a great degree because the history of the treatment of the Jews in the Christian and Muslim worlds impelled them to the conclusion that a sovereign state was necessary to ensure the continuance of their people despite persecution and assimilation. Subsequent events – the Holocaust among them – provided evidence that they were correct.

So what are the consequences of these principles?

Here is an example: Hezbollah has 130,000 rockets aimed at Israel. If they were to be launched, they would kill thousands in Israel and imperil the continued existence of the state. Therefore I believe that a preemptive attack on the launchers, even if it would kill numerous innocent Lebanese civilians, is morally justified (whether such an action is a good idea from a military or political standpoint is another issue, which I am not discussing at this point).

Another example: the geographic characteristics of the State of Israel require that she maintain control of the high ground of Judea and Samaria and the western ridge of the Jordan Valley in order to have defensible borders. Therefore, regardless of political considerations, these areas cannot be transferred to Arab sovereignty. If you believe that Israel’s holding on to these territories poses a demographic threat to her Jewish majority, then you must find the solution in reducing their Arab population rather than in Israeli withdrawal.

I do not believe that the Arabs who call themselves “Palestinians” have a valid legal claim on the area called Eretz Yisrael. But even if I did, I would be opposed to them realizing it, because it is in direct opposition to the continued existence of the Jewish state. In other words, I am not impartial on this question. I do not give equal weight to Jewish and Arab aspirations in our little land.

That’s enough for many people to declare me a “racist” whose opinions are worthless. But there is no human being who does not privilege some group over others, even if it’s just their immediate family. The ideal of valuing all human beings equally always breaks down at some point. This is unsurprising. We are not abstract entities, we are animals, and like all living creatures we function according to evolutionary rules established by forces far more powerful than our reason (incidentally, this isn’t an anti-religious statement: halacha was developed with this in mind). Family feeling, tribalism, and peoplehood are not things that can be erased.

Here is the reality: it is not Jewish paranoia to think that much of the world opposes Jewish self-determination, and sometimes the existence of Jews themselves. It is not paranoid to notice that Jews living in the diaspora are facing more antisemitism and anti-Jewish discrimination and even violence from day to day. And neither is it paranoid to think that the Palestinian Arabs would kill, enslave, or expel all the Jews from the land if they had the ability to do so. Indeed, they’ll gladly tell you so.

I am not going to argue for the value of the existence of the Jewish people. And we don’t need to convince anybody. What matters, as Ben Gurion said, is not what the nations think, but what the Jews do.