Start with this: Israelis really, really do not want a third round of elections.

The cost is astronomical, and the paralysis is dangerous. The Trump Administration, which has so far been in our corner, is showing frustration with our inability to establish a government that can respond to its much-vaunted “deal of the century,” and is itself under pressure as the American election draws closer. If there is any possibility for us to mitigate the threat in Gaza or to move closer to improving the situation in Judea and Samaria (for example, by annexing Area C), it will have to happen while we have a friendly administration in Washington.

The Iranian threat will not get any less urgent regardless of what the West does. If the sanctions are maintained or tightened, the regime may provoke military action against it that will drag us in; if they receive concessions, these will translate into increased pressure on us from their proxies in Syria, Lebanon, and Iraq. Despite Obama’s nuclear deal, Iran is progressing in the direction of nuclear capability. The actions of Western governments today can either speed this process up or slow it down, but it is very unlikely that it can be stopped by non-military means. It’s certain that we will be involved.

There are other issues that are less exciting but also important that are stalled by the present situation. Politicians like elections: they are exciting and put them in the spotlight. Advertising agencies and media elections also like them, for obvious reasons. Most ordinary citizens do not. It just brings home to us how much we are paying these prima donnas to strut around and not do the jobs that we have hired them to do.

We need a government, and we need it now. We cannot afford to wait months for another election, not to mention the additional time for coalition negotiations.

We also need a government that will understand and respond properly to the security challenges facing us. Many Israelis, especially younger ones, are tired of hearing about security all the time. But as Pericles said about politics and Trotsky about war, although you may not be interested in it, it is interested in you.

I think the politicians are smart enough to know that if they continue to stubbornly resist a solution, the people will rise up and burn down the Knesset. What can be done now to put our politicians to work?

There will certainly not be a narrow left-wing government unless Gantz is prepared to take the Arab parties into his coalition, which is very unlikely. There could be a narrow right-wing government if Avigdor Lieberman and the Haredi parties could reach agreement on drafting Haredim, which is slightly less unlikely. But probably there will be a unity government that includes at least the Likud and Gantz’ Blue and White party. Such a government would include a rotating Prime Ministership.

This will require that Gantz give up his condition that he will not sit with Netanyahu when he is under an actual or recommended [by the Attorney General] indictment, or unless the Likud puts someone other than Netanyahu at the head of its list. I am predicting that Gantz will find a way to climb down from his tree.

The next big problem will be deciding who will go first as PM under the rotation, Gantz or Netanyahu. Since a PM can continue in his position even if he is indicted, it is essential for Netanyahu that he go first. My guess is that Gantz will back down, simply because he can afford to do so and Netanyahu can’t.

Therefore, I conclude that when the smoke clears, we will have a unity government including at least Likud and Blue and White, and possibly a few others. Netanyahu and Gantz will take turns being PM, and the cabinet will be enlarged (today they are talking about an absurdly inflated cabinet of 32 ministers, 16 from each side).

Will it function? Probably. The differences between Gantz and Netanyahu are much smaller than they appear during the mud-slinging of an election. It would probably be possible for Netanyahu to bring along Ayelet Shaked and Naftali Bennett to his right, and for Gantz to include the vestigial Labor Party, led by Amir Peretz, to his left. Both sides could bypass Lieberman’s Israel Beitenu, as well as the more extreme parties on the right and the left if they wished.

Personally, I would very much like to see this happen. We need a strong ruling coalition to face the security challenge posed by Iran, as well as to be prepared for a possible American government that will be far less friendly to Israel than Trump’s has been. And a strong centrist government would not be hobbled by commitments made under pressure to the extreme Right or Left.

Can they do it? They’d better. Ordinary Israelis are stocking up on tar and feathers in case they can’t. 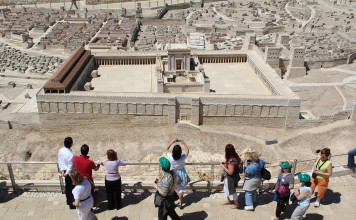 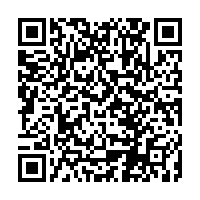