Prime Minister Benjamin Netanyahu is planning to meet with the heads of the factions of his rightwing bloc at 10:30 Wednesday morning, to discuss the state of coalition building negotiations, following the Blue&White cancellation of the next meeting with the Likud team and the coming meeting between Netanyahu and Benny Gantz.

The Blue&White party on Tuesday canceled the meeting with Likud negotiators that was planned for Wednesday, saying, “At this stage, the threshold conditions for holding another effective meeting of the negotiating teams have not been met, and so there will be no such meeting. Under these circumstances, there is also no need to have a meeting between the two parties’ leaders.”

Blue&White referred specifically to Netanyahu’s refusal to dismantle his 55-MKs rightwing bloc, which so far he has insisted would all follow him into the next coalition government. Gantz’s party added that ” a meeting will be held later this week or next, when it is deemed appropriate.”

The Likud said in response that they were “amazed at the decision by Blue&White to blow up the negotiations and cancel the meetings.”

A Likud official added that “Yair Lapid is torpedoing a unity government because he does not want a rotation between Netanyahu and Gantz, he wants his own rotation with Gantz – and for that, he is ready to drag the country into new (third) elections.”

Netanyahu discussed the impasse with Blue&White chairman Gantz, who is in London, and asked to meet with him on Wednesday, after the now cancelled negotiating teams’ meeting. It was described by Likud as “a last-ditch effort to reach a breakthrough in the negotiations for a unity government, before returning [Netanyahu’s] mandate to the President.”

After the meeting between the Likud and Blue&White negotiating teams had been cancelled, Israel Beiteinu chairman Avigdor Liberman issued a conciliatory message to Netanyahu and Gantz, urging them to form a unity government.

“I appeal to you, Benjamin Netanyahu and Benny Gantz,” Liberman wrote on his Facebook page. “Likud and Blue&White have 65 seats between them. You do not need Israel Beiteinu, nor any other party to form a government. The citizens of Israel will not forgive you if you lead us to another round of elections just because of personal and ego matters.”

It is also important to ask whether the citizens of Israel will forgive Avigdor Liberman for dragging the state into a second election round, and for preventing Netanyahu from forming a strong rightwing government today. 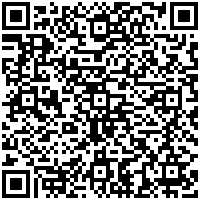