We are constantly reading different prophecies, in the Haftorah and when we learn Navi, but have we ever seen them come to life? Well, sit back and smile, because there’s a nice one happening right now – in our day – before our very eyes!

Open the Tanach and turn to Yeshayahu (Isaiah) – chapter 35. The navi tells us that one day – sometime in the future; “The desert will be glad and blossom like a lily. It will blossom abundantly… The redeemed of HaShem will return and come to Zion” (Stone edition) What does this mean? Simple. The Jewish people will return to Israel! They will plant in the desert and make it blossom.


Will that really happen? Jews will plant IN THE DESERT??? Well dearest friends, take a look at this:

As you know, in just a few weeks, the Shmittah year begins in Israel, so farmers have been working for months to plant before the deadline. The picture above shows a group of Jews planting IN THE DESERT on the Egyptian border. The town is called Be’er Milcah and the farmer is an amazing young man named Gal. He told me that he arrived in Be’er Milcah as a secular Jew interested in farming but when he personally witnessed and experienced the blessing of Eretz Yisrael, he realized that the Torah was true! He began studying and today, is a 100% strictly observant Ba’al Teshuva… inspired by the Land itself!

Let’s go back to the first picture. Gal has been working the land for many years but this year he wanted to be more aggressive than ever. For months he worked the land and got it ready for planting. He installed a hi-tech computerized drip irrigation system and was ready… except for one thing. His dream was to plant 5,000 grape trees in the sand but he didn’t have the funds to purchase the special grape saplings that were needed. Baruch HaShem, a mutual friend of ours made the connection between Gal and myself and I immediately wired him the funds from the foundation I started; Am Yisrael Chai. Gal followed the Halacha perfectly and successfully planted all 5,000 trees before the Tu b’Av pre-Shmittah deadline.

This is a picture of how the vineyard looked after the planting. I agree it currently doesn’t look like much but trust me on this one… you will soon see this picture bring the prophecy of Yeshayahu to life. These small saplings will grow into incredibly strong and prosperous trees that will produce the most delicious grapes… perfect for wine! This vineyard – in the desert on the Egyptian border – will bring the words of the holy prophet Yeshayahu to life! Yes, it’s true; “The desert will be glad and blossom like a lily. It will blossom abundantly” and why?? Because “the redeemed of HaShem will return and come to Zion”

When you think about it, that’s what Medinat Yisrael – the modern State of Israel – is all about. Its not another country in the United Nations. Its not another team in the Olympics. It is prophecy coming to life! Its hundreds of verses in Tanach jumping off the pages and into reality! Think I’m exaggerating? Read – and focus – on this:

The modern State of Israel was declared in the Hebrew year 5708. Open your Chumash and start counting verses in the Torah from the first one in Bereisheit. Keep going until you get to verse number 5708. That’s right – passuk number 5708 – the year of the founding of Medinat Yisrael. Its Devarim, chapter 30, verse 3 (parshat Nitzavim); “Then HaShem, your G-d, will bring back your captivity and have mercy upon you, and He will gather you in from all the peoples to which HaShem, your G-d, has scattered you…” Then, 2 verses later, when massive Aliyah began; “HaShem, your G-d will bring you to the Land that your fathers possessed and you shall possess it…” (Stone edition)

Dearest friends; It’s not just about waving a flag or wearing blue and white. Israel today is the Torah coming to life. It’s the words of our great prophets being fulfilled… right before our eyes. There’s just one thing you need to do… open your eyes and see those miracles unfolding. But be careful… you may never close them again. 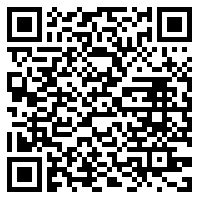