Ultimate Unity And Kudos for The Jewish Press

I would like to commend Naomi Mauer on her very perceptive take on the word “Unity” related to Ben & Jerry’s. I believe that the entire Jewish community now owes Ben & Jerry’s a debt of gratitude for their decision to boycott Israel. They have finally found the right ingredient that will ultimately unite all Jews, as the one thing that all Jews can now agree on is their hatred of Ben & Jerry’s.


I would also like to commend The Jewish Press, overall, for what I perceive to be a subtle change in recent months. It is becoming somewhat less stridently political, but much more feature oriented. You have added many more interesting features and columnists that have made the paper so much richer. This too can sooner foster unity within the Jewish community.

I wish to comment on the remarks by Rabbi Marc D. Angel on page 39 of the August 13 issue. Rabbi Angel wisely suggests ameliorating the problem of the agunah by requiring all couples to sign a binding pre-nuptial agreement that stipulates that both parties would agree to a get if the marriage ends in divorce.

While this is a good idea which has been around for a long time, it has not yet completely solved the problem because it is impossible to force couples to sign the agreement prior to marriage. Therefore, I suggest that every rabbi should refuse to perform a wedding ceremony when a pre-nuptial agreement has not been signed. Any rabbi who performs a wedding without a signed pre-nup should have his semicha revoked because he is guilty of abetting spouse abuse.

There is one change New York must make in response to the Cuomo disaster. Limit governors to two terms.

‘Officers shall you appoint…’

Shoftim, the Torah portion we read last week, begins with the words “Judges and officers shall you appoint in all your cities.” The word “officers” is generally meant to be law enforcement personnel or police officers. In the past, this common-sense approach was generally agreed upon. Unfortunately, it no longer is.

Leftists and ultraliberals now want to reduce or eliminate police enforcement by reducing the number of police officers or terminating entire police departments. While these extremists have gathered support in most of the liberal media, the results of such actions are now clear and the results are not good. Crime rates have increased rapidly, including murder.

A large majority of residents of high crime areas are actually asking for more police officers in their neighborhood but their voices are usually not being heard. This is very unfortunate because it is their lives that are in jeopardy. Many people who claim to be speaking for the black community disregard the facts to continue the agenda which benefits themselves at the expense of the community.

Despite the fact that there are dedicated Jewish organizations fighting back against the anti-Semitism, it is not enough.

The ADL is no longer apolitical and has lost its focus on fighting anti-Semitism to take on the world’s issues. The supposed pro-Israel J Street is anything but that.

Additionally, several Jews who identify themselves as such have contributed to the anti-Semitism by being apologetic or even opposed to its condemnation.

A small group called “Jews Belong” is to be commended and acknowledged for its campaign in placing ads at bus stops, etc., that have grit and substance against anti-Semitism.

With the right staffing and unlimited resources, such efforts could be vastly expanded and implemented now.

Day by day the public is exposed to the Big Lies and they, politicians included, are succumbing to them.

This cancer must be stopped and stopped now. Time is running out.

All Anti-Israel All the Time

Perhaps Peter Beinart was misquoted, as he claims, when an article reported that he had said that Israel seized eastern Jerusalem from Jordan in an offensive war. More telling about Beinart’s anti-Israel stance is his feeling that Israel is treating the Palestinians unfairly, comparing Israel’s settlement policy (in an article in The Forward) to “the Jim Crow South.”

My problem with Beinart is that his statements indicate that he feels that Israel is never right and the Palestinian leaders are never wrong.

In signing the Oslo Accords, Israel gave the Arabs of Palestine something Arab leaders had never given them – the opportunity to live under the administration of leaders of their own choosing. And those leaders have betrayed their people. Both Hamas and the PA have long overstayed their elected terms and have stolen monies donated for their people’s benefit. The funds have ended in the leaders’ bank accounts or have been used in efforts to destroy Israel. The leaders have also refused to negotiate on Israeli proposals that would have led to the emergence of the first-ever-to-exist Arab State of Palestine. 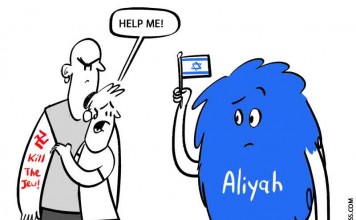 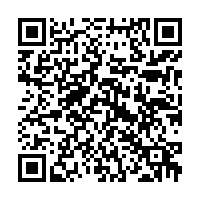