It’s been very hard for me to watch the endless videos being posted of Rabbis, politicians, community leaders, activists and successful businesspeople paying their respects to Jonathan Pollard. I have seen them hugging him, holding his hand and extending their love. Allow me to get right to my point: Where the heck were these people when he sat in prison for 30 years?

For 30 horrific years, Pollard was ignored by the Jewish leadership. His name was hardly mentioned and most Jews in the world under the age of 40 never heard of him. Schools did not honor him, no Tehillim was said on his behalf and although his information led to the bombing of Iraq’s nuclear reactor – which potentially saved the lives of hundreds of thousands of Jews – he was ignored.


Yes, there were some activists with signs marching around but nothing was ever done on a large scale.

Two Rabbis stand out as the only ones who tried their best to free him. For many years, Rabbi Avi Weiss of Riverdale, NY held protests and screamed as best as he could. He deserves a big “Yasher Koach”. Then, Rabbi Pesach Lerner jumped into the case and – continuing to this day – has been at Pollard’s side, available 24/7 to help in any way. The incredible chessed and self-sacrifice that Rabbi Lerner showed for Jonathan Pollard was something from a different world. We have all been taught about chessed – and how it is one of the pillars of the world – but Rabbi Lerner put those teachings into action, day and night for over 30 years.

But where was everybody else? Where were the big, powerful Jewish organizations? Where were all the politicians – especially the ones who took pictures with Pollard as he sat shiva? Where was the outcry when the Israeli Embassy threw Pollard out on November 21, 1985, into the arms of the FBI? Jonathan, and his first wife, Anne, ran to the Embassy like when an unintentional murderer runs to an “Ir Miklat” (city of refuge) yet the officials in charge threw him to the wolves.

And then, when a plea agreement was worked out with Pollard how come we didn’t hear a word from the Jewish leadership when Secretary of Defense Casper Weinberger violated the agreement, after it was signed? But there’s more. The first 7 years of his sentence, Pollard served in solitary confinement, in Merion, Illinois. You read that correctly; 7 years in solitary confinement! Did the Rabbonim scream? Did politicians demand action? Did leaders take to the streets?

Nothing was done… until now, when everyone is hugging and supporting… in front of the cameras.

I visited Jonathan Pollard in prison 5 times. Each visit required pre-approval and a bunch of forms to be filled out. I was actually scheduled to visit him 2 more times but, after receiving approval, the visit was cancelled by the authorities. Every visit required air travel to North Carolina and on 1 trip, the flight schedule was so messed up that I needed to stay overnight in a hotel. Why did I spend the money and time visiting him all those times? Simple. Because I wanted to make sure he knew that he wasn’t forgotten. I hugged him – not in front of the cameras with phony tears – but with real tears that rolled down my face. I thanked him on behalf of the Jewish Nation and I told him a few silly jokes to cheer him up. He asked me to help with one thing that meant more to him than his own personal freedom; to help financially support his wife, Esther z”l, and I promised I would do my best. At the time, Esther was working day and night on his case. She wrote letters and articles. She gave interviews. She basically spoke to anyone who was willing to listen and, during that time, had no means of financial support. No organization helped her, as a matter of fact – without mentioning names – several, well-known Jewish organizations slammed the door in her face. I took my promise to Jonathan very seriously and kept my word! Baruch HaShem, I sent her funds every month for several years. In addition to that, I made her the Guest Speaker at my organization’s annual dinner. She spoke in front of 500 people, and I urged them to help her. I reported back to Jonathan each time and he was pleased that she was being helped. The amount of money sent each month was a modest sum, far less than what she needed, but I did my best.

Why am I writing these words now? Not to boast – Heaven forbid! I simply want to share a lesson that the time to help a fellow Yid is now… when he/she needs it… not just afterwards when the cameras are clicking and videos are posted to social media. I urge everyone reading this article to not live a life of “posts” or “shares” or “likes” but make sure to do the right thing at this moment in your life!

Yes, the “Pollard case” was (and still is!) a very controversial issue. This is why we need our Rabbonim and political leaders to take a stand and guide the nation. Nothing makes me angrier than avoiding an issue because its controversial. On the contrary! It is precisely these issues where we need direction. These are the times when we need to hear the Torah viewpoint and not be afraid of public opinion. For 30 years our leaders ran away from Pollard, avoiding him like the plague, and only now – as he sat shiva for his amazing wife – did they embrace him, take pictures… and post it to their Facebook page. Shame on the leaders who did this and shame on the public who drank the “Kool-Aid”.

Let’s pray that HaShem send us Jewish leaders who fight for Am Yisrael, even when the iPhones are not recording. The time for that is long overdue. 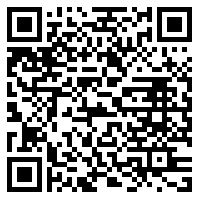