The Biden Administration has removed sanctions on Iranian “civilian” nuclear activities, including a redesign of its Arak heavy-water reactor, the preparation and modification of its Fordow facility for stable isotope production and operations, training and services relating to the Bushehr nuclear power plant.

The move, approved Thursday by Secretary of State Antony Blinken, is intended to “help close a deal on a mutual return to full implementation of the JCPOA and lay the groundwork for Iran’s return to performance of its JCPOA commitments,” the State Department said in a report to Congress.


The waivers will exempt foreign countries, and companies working in the Iranian “civilian nuclear sector” from American penalties.

US negotiators are heading back to Vienna this week for what the administration said could be a “make or break” session.

The Details
According to documents reviewed by The Wall Street Journal, the waivers are related to work aimed at turning the Arak reactor into a less-dangerous light-water reactor – a project involving China and the UK — and converting the underground Fordow uranium enrichment plant into a “research center,” a project involving Russia.

In addition, the waiver applies to the export of enriched uranium and heavy water outside of Iran, which was intended to keep Iran within its stockpile limits under the JCPOA prevent it from gaining the capacity to produce a nuclear weapon.

The waiver will also allow fuel to be sent to Iran’s Bushehr reactor and the Tehran Research Reactor, both allegedly used for civilian purposes.

Pompeo: ‘Nothing in Return, and Israel More at Risk’
Former US Secretary of State Mike Pompeo slammed the move, noting that Iran is “giving nothing in return,” that the country’s Supreme Leader, Ayatollah Ali Khamenei, is “seeing weakness” as a result, and “Israel [is] more at risk.”

Biden lifting sanctions on Iran. Iran giving nothing in return. Ayatollah seeing weakness. Israel more at risk.
This looks like desperation and Americans will pay the price.

State Dept. Denies ‘Concessions’ to Iran
State Department spokesperson Ned Price denied the move was designed to grant Iran any concessions, saying in a tweet the US “did NOT provide sanctions relief for Iran and WILL NOT until/unless Tehran returns to its commitments under the JCPOA. We did precisely what the last Administration did: permit our international partners to address growing nuclear nonproliferation and safety risks in Iran.”

We did NOT provide sanctions relief for Iran and WILL NOT until/unless Tehran returns to its commitments under the JCPOA. We did precisely what the last Administration did: permit our international partners to address growing nuclear nonproliferation and safety risks in Iran.

The Trump Administration, however, ended those “civ-nuke” waivers in May 2020 as part of a maximum pressure campaign that began with President Donald Trump withdrew the US from the agreement on May 8, 2018, contending that Iran was not complying with the agreement from Day One, and calling it “a horrible one-sided deal that should never, ever have been made.”

Iran’s JCPOA Deception
In fact, Iran did not dismantle the core of the plutonium reactor at the Arak reactor as required by the JCPOA.

The proof is found in a video clip showing Iranian Atomic Energy Organization chief Ali Akbar Salehi explaining how the regime deliberately misled the international community while lying about its compliance with the JCPOA.

1)
The US seeks to reenter the #Iran nuclear deal.

Reminder: Iran’s regime was violating the 2015 agreement from day one & prior to Trump’s nixing.

Iran did not dismantle the core of the plutonium reactor at Arak, as required by the deal (JCPOA).pic.twitter.com/Alf1dafZNx

To deceive world leaders, the Iranians poured cement into pipes that were not connected to the reactor and had been assembled separately, Alavit reported.

The Islamic Republic then used those images to convince the international community that it was complying with the agreement.

Tehran: Partial Sanctions Relief ‘Not Enough’
According to the report sent to Congress by the State Department, “The waiver . . . is also designed to serve US non-proliferation and nuclear safety interests and constrain Iran’s nuclear activities. It is being issued as a matter of policy discretion with these objectives in mind, and not pursuant to a commitment or as part of a quid pro quo.” (Quid pro quo is Latin for ‘a favor for a favor.’)

Tehran, however, is not convinced, and continues to demand removal of all sanctions.

“The lifting of some sanctions can, in the true sense of the word, translate into their goodwill. Americans talk about it, but it should be known that what happens on paper is good but not enough,” Iranian Foreign Minister Hossein Amirabdollahian said, according to the Iranian Student News Agency (ISNA).

“We seek and demand guarantees in the political, legal and economic sectors,” Amirabdollahian said.

Iranian Foreign Ministry spokesperson Saeed Khatibzadeh reiterated the minister’s response on Saturday, saying “Everyone knows that is not sufficient,” according to the Iranian Jamaran news outlet. “Indeed, the Islamic Republic of Iran is waiting for the US to implement its duties and commitments according to the nuclear deal dimensions.” 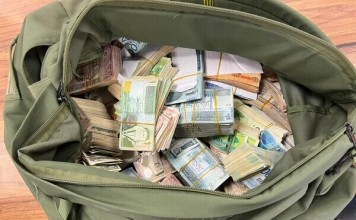 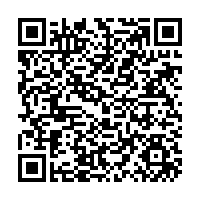