Every pack of cigarettes contains a warning about the dangers of smoking. I doubt this ever convinced anyone not to smoke… but at least the warning is there. Based on that thinking, I have decided to issue a warning to this article: The words you are about to read are not politically correct. Warning! If you feel that Israel should “play nice with all the kids in the neighborhood” then this article is not for you. It will make you angry, raise your blood pressure and might even give you a stroke. I highly suggest you immediately stop reading these words and turn on the tv to watch CNN, MSNBC or the BBC. Just remember… you’ve been warned.

I’ll make it simple and get right to the point. The Israeli government needs to bring in combat IDF soldiers to immediately stop the Arab riots across the country. The riots have escalated to a level that the police cannot control and if the IDF doesn’t act soon – and with a mighty hand – Jews will be killed, G-d forbid.


In truth, these riots are actually not riots at all… they are acts of war by aggressive, violent people whose dream is to spill Jewish blood.

To prove that these riots are really battles in a war, the comrades of the rioters have sent close to 50 missiles into Israeli cities since the clashes began. If the Arabs were upset about police barricades in Jerusalem – why did their Hamas buddies shoot 50 rockets from Gaza? What’s the connection?

I’ll answer that question: The violence in Jerusalem, Jaffa, Lod, Ramle and across Judea and Samaria have nothing to do with Ramadan prayers and everything to do with looking for an excuse to kill Jews.

Israel needed to act swiftly and forcefully as soon as the trouble started because the Arab world was watching… and we failed that test.

To the Arabs, everything is connected; A weak response to rock throwers in Jerusalem gave the green light to rain rockets on Sderot. In most parts of the world, police need to be tough, yet exercise restraint when dealing with rioters but, in Israel, this line of thinking does not apply because Hamas, Hezbollah and even Iran are watching closely. “But they are only kids…” also does not apply in Israel and allow me to explain why.

Normally, I quote from the Torah or Talmud to stress my point but, this time, I will go to a completely different source; The Netflix series called “The Blacklist” – season 4, episode 9. It’s about an Arab terrorist trying to steal a missile guidance system. The Arabs desperately want this system since it was designed to defeat the Iron Dome. The terrorist, Farook Al-Thani, says the following: “I can’t remember a time when I wasn’t fighting Israel. As a boy in Gaza, I threw rocks at soldiers. As I grew, so did the weapons. The rocks became guns, and the guns became rockets. For me, life is war.”

You might laugh that I am quoting from a fictional show, but while the show is not real, those words are!

Arab teenagers who throw rocks at police, soldiers and Jews driving on the roads are trying to kill them and, if not met with a serious response, will definitely grow up to increase their violence. By the way, in case you think I am exaggerating, I was at the funeral of Yehuda Shoham, a beautiful baby killed by a rock while sitting in a car. His parents were driving home and he was sitting in a car seat, properly strapped in when an Arab teenager threw a rock… no big deal, right??? It’s just a rock… Add Esther Ochana hy”d to that list who was driving home after picking up her wedding invitations from the printer. Just a rock, from just a kid…

The IDF must be sent to these battles to teach the attempted murderers a lesson they will never forget. Will the world scream when they do this? Yes, they will but will the actions of the IDF save lives in Israel? Yes, they will. You decide which “Yes, they will” is better…

Just 3 weeks ago we commemorated “Yom Ha’Shoah” (Holocaust Day). During those horrific times there was no IDF to defend Jewish lives and we paid the price. Of course, I am not saying we should do to them what was done to us – Heaven forbid! What I am saying, however, is that we must use the tools we have to defend ourselves, our property, and the lives of every Jew, even if the world doesn’t like it. Too bad, world! I’m tired of saying kaddish and adding new wings to Yad Vashem. The Jews have returned to their land and we will be safe there. We will walk freely in every part of Eretz Yisrael. We will plant trees, build houses, start businesses, and never fear the anti-Semite again. Those days are over.

Allow me to end this non-politically correct article with words from the official prayer for the IDF soldiers (written by the Chief Rabbis, not me…): “May HaShem cause the enemies who rise up against us to be struck down before them… May He send blessing and success in their every endeavor… May He grant them salvation and crown them (our soldiers) with victory and let us say AMEN!” 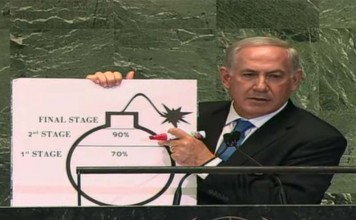 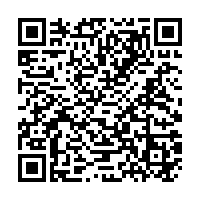