To get an idea of just how outrageous a recent Guardian editorial (on Dec. 7) defending President Morsi and criticizing the liberal opposition truly was, here are two tweets by commentators with otherwise unimpeachable Guardian Left credentials:

Let me say once again, I totally disassociate myself from this@guardian editorial on #Egypt – it’s offensive & wrong: guardian.co.uk/commentisfree/…

What is the Guardian thinking with this awful, misleading editorial on #egypt? bit.ly/VDYy6T

Here are a few excerpts of the Guardian editorial in question:

[The crisis in Egypt] is not about the proposed constitution,

[The opposition is engaged in] a power battle in which the aim is to unseat a democratically elected president, and to prevent a referendum and fresh parliamentary elections being held, both of which Islamists stand a good chance of winning. Morsi, for his part, is determined that both polls be held as soon as possible to reaffirm the popular mandate which he still thinks he has.

The opposition on the other hand has never accepted the results of freely held elections, parliamentary or presidential, and is doing everything to stop new ones being held

So, the Guardian, when faced with a choice between a Muslim Brotherhood which is ideologically opposed to true democracy and individual freedoms – a political predisposition clearly on display in Morsi’s recent decision to assume dictatorial powers – and a political opposition which is at leastmarginally progressive, chose the reactionary Islamists.

The following post by a Lebanese writer, who blogs at Karl reMarks, wrote the following piece titled ‘The Guardian’s Editorial on Egypt Re-Imagined‘, which is based on the same Dec. 7 Guardian editorial re-imagined as if it were written in January 2011, with minor changes like replacing Morsi with Mubarak.

As the crisis in Egypt develops, it is becoming increasingly clear what it is not about. It is not about the elections, or the economic crisis, or Egypt’s relationship with Israel. Nor is it about the arrangements for a successor to the president. Nor even is it about the temporary but absolute powers that the Egyptian president, Hosni Mubarak, assumed for himself – for a mere thirty years, and which will lapse the moment the Egyptian people stop making a fuss.

Urging the opposition to shun dialogue, Mohamed ElBaradei said that Mubarak had lost his legitimacy. So the target of the opposition is not the constitution, or the emergency law, but Mubarak himself. What follows is a power battle in which the aim is to unseat a democratically elected president, with 88.6% of the vote, and to prevent fresh parliamentary elections being held, both of which the ruling NDP stand a good chance of winning. Mubarak, for his part, is determined that both polls be held as soon as possible to reaffirm the popular mandate which he still thinks he has.

In weighing who occupies the moral high ground, let us start with what happened on Wednesday night. That is when the crisis, sparked by yet another Mubarak decree when he was at the height of his domestic popularity over the role he played in stopping the yet another Israeli assault on Gaza, turned violent. The NDP party sanctioned a violent assault on a peaceful encampment of opposition supporters in Tahrir Square. But lethal force came later, and the NDP was its principle victims. NDP offices were attacked up and down the country, while no other party offices were touched. This does not fit the opposition’s narrative to be the victims of state violence. Both sides are victims of violence and the real perpetrators are their common enemy.

Mubarak undoubtedly made grave mistakes. In pre-empting decisions by the courts to derail his reforms, his decrees were cast too wide. His laws have many faults, although none are set in stone. The opposition on the other hand has never accepted the results of freely held elections, parliamentary or presidential, and is doing everything to stop new ones being held.

The Guardian is not only supporting a racist, antisemitic, anti-Christian, anti-West Islamist movement, but are remaining loyal even when a more liberal alternative is possible.

Homeless Hotels Creating Chaos on the Upper West Side 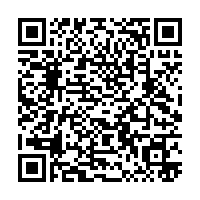