Conscientious objectors have been with us as long as there have been wars, and the fact that there are a few Israelis who claim this status in an attempt to exempt themselves from the state’s universal conscription is not at all surprising. Yet the story of one such objector, Nathan Blanc, seems to have especially captivated the Guardian’s Jerusalem correspondent, Harriet Sherwood.

Blanc is a Haifa resident who, in 2012, reported to the IDF induction center but refused assignment to an army unit due to his objections to Israeli policies.  Blanc has been imprisoned for a total of 177 days at a military prison (based on ten separate arrests for continuing to refuse to serve) before the IDF recently allowed him to do alternative non-military service instead.


Over a two month period, Sherwood has published three reports and over 1500 sympathetic words about Blanc’s case, including a piece yesterday about the decision by the IDF exemption committee “to allow Blanc to undertake a period of civilian service in lieu of a three-year stint in the army”.

As my colleague Hadar Sela observed in a post about Sherwood’s previous report on Blanc, in contrast to the Guardian, the story has barely registered on the radar of the Israeli media, but has been “energetically promoted by a plethora of fringe far-Left Israeli [groups], including Amnesty International Israel, ‘New Profile‘, ‘Kibush‘ and…the anti-conscription group ‘Yesh Gvul‘“.

In comparison, Sherwood only saw fit to devote one report on the lethal terrorist attack, in late April, on an Israeli man named Eviatar Borovzky – whose human rights were violated when he was stabbed to death by a Palestinian as he waited for a bus – and even that managed to refer to the victim in the pejorative, in both the text and in the strap line.

The report also devoted a majority of the text to the unrelated IDF killing of a global jihad-affiliated terrorist in Gaza, with only 6 of 21 passages (encompassing 316 words) focusing on the murder of Borovsky.

We’ll of course never know how much additional coverage Sherwood would have devoted to the case of Nathan Blanc if the IDF didn’t allow him to opt out of regular military service, so whilst Israel’s Military Prison Number 6 has lost an inmate, it seems that Harriet Sherwood has lost an Israeli protagonist. 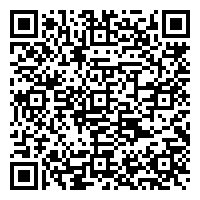