As is the case with many of the other Tels in Israel, Tel Lachish shows evidence of habitation spanning many different historic periods over thousands of years. It is perhaps most well-known, however, due to the archaeological evidence of two events in which it fell to invaders.

In 701 BCE the Assyrian king Sennacherib conquered Lachish in a campaign to put down the revolt by Hezekiah, king of Judea. The story is of course told in the Torah and also recorded in the Lachish reliefswhich decorated Sennacherib’s palace in Nineveh and can now be seen in the British Museum. At Tel Lachish itself, it is possible to see the Assyrian-built siege ramp and the double city wall through which the conquerors must have entered the city.

In 586 BCE the city fell again – this time to Nebuchadnezzar – as mentioned in Jeremiah:

“When the army of the king of Babylon was fighting against Jerusalem and against all the remaining cities of Judah, that is, Lachish and Azekah, for they alone remained as fortified cities among the cities of Judah.”  (Jermiah 34:7)

The Lachish Letters, some of which can also be found in the British Museum, were written to Ya’osh, the military governor of Lachish, by Hosha’yahu – an officer in charge of a nearby outpost – during the invasion by the Babylonian forces under Nebuchadnezzar and the room in which the letters were found can also be seen today at the Tel, together with the Israelite palace, the gateway and the 120 foot deep well which provided the city with water during the First Temple period. 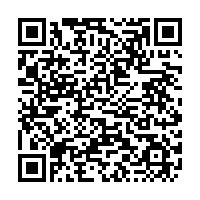