On April 10, we commented on a Guardian report by Harriet Sherwood, titled “John Kerry: talks with Netanyahu and Abbas very constructive,” about efforts by U.S. Secretary of State John Kerry to restart Israeli-Palestinian peace talks.  Sherwood’s report included several passages about concessions demanded of Israel by Mahmoud Abbas before he’ll agree to resume negotiations, including the following:

[Abbas] also wants the release of 123 political prisoners who have been in jail since before the Oslo accords were signed almost 20 years ago, and for Israel to present a map showing proposed borders. [emphasis added]

As we attempted to demonstrate at the time, using merely open source information, the Palestinians she was alluding to were all convicted for their involvement in murder, or attempted murder, and that the characterization of them as “political prisoners” – suggesting that they were imprisoned merely for their beliefs – seemed to be flatly untrue.

Additionally, some time after our post CiF Watch was able to obtain detailed information on the pre-Oslo prisoners from Emi Palmor, the Director of Pardons at the Israeli Justice Ministry, which included the crimes, dates of conviction and other relevant facts on every Palestinian prisoner in question.   Palmor’s information proved conclusively that all of the prisoners consisted of common criminals convicted of murder and (mostly) terrorists who murdered or attempted to murder Israeli civilians, soldiers, or foreign tourists.

The Palestinians also want the release of 123 prisoners, viewed as political prisoners by the Palestinians, who have been in jail since before the Oslo accords were signed almost 20 years ago, and for Israel to present a map showing proposed borders.

As we noted at the time of our original post, many Palestinians regard even compatriots convicted of deadly terrorist acts euphemistically as “political prisoners,” and that Sherwood’s text, intentionally or otherwise, served to legitimize the Palestinian narrative which glorifies even terrorists convicted of the most gruesome crimes as ‘victims’ of Israeli oppression.

Our efforts to secure the definition of the term “political prisoner” – which is clearly understood to mean “those who are imprisoned for their political beliefs” – represents an attempt to fight back against the manipulation of language, in the service of an egregiously pro-Palestinian agenda, which is routinely advanced by the Guardian and their fellow political travelers.

This Guardian revision represents one victory within the larger cognitive war. 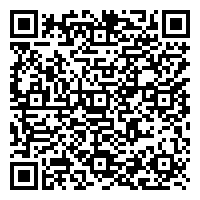