The following is a list of the 26 prisoners scheduled for early release from prisons in Israel later this week as a ‘goodwill gesture’ to encourage Palestinian leaders to return to the negotiating table. In all, Israel agreed to eventually release 104 so-called pre-Oslo prisoners.

As we have noted, many in the media (including the Guardian, The Independent, and the Irish Times,) have whitewashed the violent, and often brutal crimes of the prisoners being released, and, conversely, have depicted the families of the soon-to-be released prisoners in a disturbingly sympathetic light.  So, in addition to listing details about the perpetrators, we’ve also included some information on the victims.  (You can see the complete list of pre-Oslo prisoners – information which was translated, edited and published exclusively by CAMERA – here.) 1. Kour Matwa Hamed Faiz (Fatah. Born 1964, resident of Judea & Samaria, arrested 1985) was sentenced to one life term for his part in establishing an armed Fatah cell and for the murder of Menahem Dadon in 1983 and for another attempted murder.


Menahem Dadon from Netivot was 22 years old when he was murdered. He had been sent by his employer to purchase building materials in Gaza and whilst in the shop, was shot in the head at point-blank range. He left a pregnant wife and two daughters.

2. Tsalah Ibrahim Ahmed Mugdad (Fatah. Born 1966, resident of Judea & Samaria, arrested 1993) was sentenced to 32 years imprisonment for the murder of Israel Tennenbaum and was due to be released on 13/6/2025.

Born in Poland in 1921, Israel Tennenbaum from Moshav Vered was a farmer who also worked as a security guard at a hotel in Netanya despite being 72 years old at the time of his death. In June 1993 Tsalah broke into the hotel and murdered Israel Tennenbaum by beating him over the head with a steel rod. He also stole a television from the hotel.

3. Na’anish Naif Abdel Jafar Samir (Born 1967, resident of Judea & Samaria, arrested 1989) was sentenced to a life term for his part in the murder of 24 year-old reservist Binyamin Meisner in February 1989.

Na’anish was part of a group which lured Meisner into an ally in Nablus (Schem) in which they had pre-prepared a stockpile of rocks. They then stoned Meisner to death.

4. Arshid A’Hamid Yusuf Yusuf (Fatah. Born 1968, resident of Judea & Samaria, arrested 1993) was sentenced to five life sentences after having been convicted of the murders of Nadal Rabu Jaab, Adnan Ayaad Dib, Mufid Canaan, Tawfik Jaradat and Ibrahim Said Ziad by stabbing. Arsheed was also indicted on several additional counts of attempted murder of others he also suspected of ‘collaboration’.

5. Al-Haj Othman Amar Mustafa (Fatah. Born 1968, resident of Judea & Samaria, arrested 1989) was sentenced to a life sentence for his part in the murder of 48 year-old Frederick Steven Rosenfeld in June 1989.

Rosenfeld was hiking in the hills near Ariel when he came across a group of shepherds who stabbed him to death with his own knife and hid his body.

6. Matslah Abdallah Salama (Hamas. Born 1969, resident of the Gaza Strip, arrested 1993) was sentenced to one life sentence for the murder of Reuven David in Petah Tikva in 1991.

Together with an accomplice, Matslah entered 59 year-old Iraqi-born Reuven David’s mini-market, tied him up, gagged him and then beat him to death, before escaping in the victim’s car. He left a wife, three children and several grandchildren.

7. Abu-Musa Salam Ali Atia (Fatah. Born 1971, resident of the Gaza Strip, arrested 1994) was convicted of the murder of Isaac Rotenburg from Holon as part of an initiation rite for joining a terror organisation and sentenced to one life sentence.

Holocaust survivor Isaac Rotenberg was born in Poland. Most of his family was murdered in the Sobibor death camp, but Isaac managed to escape and joined the partisans. After the war he tried to make his way by ship to mandate Palestine, but was interred by the British and sent to a detention camp in Cyprus until 1947. After his release Isaac arrived in pre-state Israel and fought in the War of Independence. He continued his work as a plasterer even after pension age and in March 1994 was at his place of work in Petah Tikva when he was attacked by two Palestinian labourers with axes. He died, aged 67, two days later. 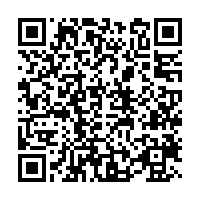