The number of Palestinian Arabs whose residence was within the boundaries of historic Palestine between June 1946 and May 1948, and lost their homes as a result of  Israel’s War of Independence, was, in 1949, estimated at 711,000.

The number of Palestinian Arabs still alive today who were personally displaced by the war is now as low as 30,000.


However, UNRWA, an agency with an annual budget exceeding $650 million, tasked with caring for Palestinian “refugees”and only Palestinian “refugees,” counts descendants of those original 711,000 as “refugees”, and so puts the figure at over 5 million – a number which includes millions of Palestinian Arabs who are citizens of other Arab countries.

UNRWA’s strange logic is what inspired a component of the following headline, and accompanying text, in a Guardian story by Harriet Sherwood about a Palestinian who is poised to win Arab Idol.

The golden voice of a young man from a Gaza refugee camp [Khan Younis] has enchanted viewers of Arab Idol, broadcast weekly to huge audiences across the Middle East, making him a favourite to win the final of the television singing contest.

Mohammed Assaf, 22, has won massive support from viewers enthralled by his rendition of traditional love songs and laments for the Palestinian cause. He has also succeeded in uniting Palestinians in Gaza, the West Bank and the diaspora behind his efforts to win.

Assaf, who often performs wearing a traditional black-and-white chequered keffiyeh, is one of 12 finalists in the competition, broadcast by the Saudi-owned MBC1. Last year’s winner secured a lucrative recording contract and was presented with a car.

The Palestinian “refugee” swindle is but one of the many political derivatives from the ideologically inspired uncritical embrace of the Palestinian narrative which so often passes for serious journalism at the Guardian.

Mohammed Assaf – a Palestinian (born 42 years after the 1949 war) who lives in the Palestinian run territory of Gaza, in Khan Younis – is not, by any reasonable definition of the word, a refugee. And, the fact that Palestinians continue to hold the key to this immutable victim status illustrates a greater truth about the egregious abuse of ordinary language within the cognitive battlefields of the Israeli-Palestinian Conflict. 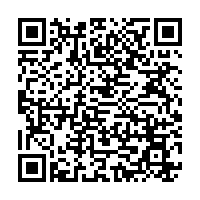