Any Israel-supporting Jew who has been a student or a staff member at a University in the last 10 years or so has come to dread the annual Muslim Brotherhood organized ‘Islam Awareness Week’ that takes place on each campus because it provides a platform not just for the usual Islamic hate-preachers, but also for some of the most intense anti-Israel activity.  So which organisation in the UK has decided to host the launch of Islam Awareness Week 2014? Step forward none other than the new multi-million pound Jewish community centre JW3.

Earlier this week Mark Steyn wrote a superb article in which he highlighted how what he called the ‘official Jews’ of Canada and America had betrayed their communities by ignoring the threat posed to them (and Israel) of Islamic fundamentalism. In the UK – as I have reported over the years on this blog – the situation is even worse. The ‘official Jewish’ voice in the UK (represented by such organisations as: The Board of Deputies of British Jews, The Jewish Leadership Council, the UJIA,  The Union of Jewish Students, The Jewish Chronicle, The Jewish News etc) has become increasingly sympathetic to the leftist-Islamist agenda. Not only does this mean they collaborate with, and provide a platform for, virulent anti-Israel protagonists, but it has also  led to the bizarre situation whereby the ‘official Jews’ have worked with Islamic fundamentalists to ban those brave people bold enough to expose the Islamic threat. But the decision of the ‘official Jews’ of JW3 to host the launch of Islam Awareness week goes well beyond any of that.


Visit Confronting Antisemitism and Israel Hatred in the UK. 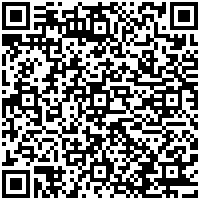