Jonathan Pollard’s life sentence for the crimes he committed nearly 30 years ago is, without a doubt, both a travesty of justice and completely disproportionate.


Indeed, I offered Pollard advice and help when he called me from prison for some years in the mid-1990s. For example, I published an original document about his trial in 1997 and evinced new information about him from Caspar Weinberger in a 1999 interview. I have maintained a weblog entry exposing the rank hypocrisy of U.S. leaders who come down so hard on Pollard even as American intelligence services spy no less, and probably much more, on Israel.

I mention these bona fides because I do not want Barack Obama to pardon Pollard.

While delighted by this prospect for the prisoner and his family, after so many years and so much emotional freighting, his pardon will certainly carry a high strategic cost (just as did the release of Gilad Shalit). I expect an exorbitant price in the currency of Israeli concessions toward the Palestinians or even toward the Islamic Republic of Iran. Cool U.S.-Israel relations have their benefit when Obama, Kerry, Hagel, Brennan, and Rice are running the foreign policy show.

Accordingly, and with a heavy heart, I call on the free-Pollard advocates to cease their efforts until a president with an understanding of American interests comes to office. 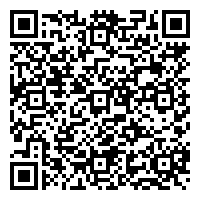