As Obama permits himself to spy on longtime US allies, instead of focusing all of his energies on surveillance of the Iranian nuclear program and the human rights abuses occurring in Syria as we speak, Israeli spy Jonathan Pollard remains in prison for committing less grievous sins.

According to Edward Snowden, the United States has spied not only on German Chancellor Angela Merkel, the Mexican government, and tens of millions of French citizens, but also on the Israel Defense Forces, Jerusalem Online reported. In other words, instead of the US government putting 100 percent of its energies into spying on Iran’s nuclear facilities and engaging in the surveillance of the human rights abuses occurring in Syria as we speak, the US government permitted itself to be sidetracked by ease-dropping on US allies. Meanwhile, as the US government spied on friendly countries, Obama to date refuses to pardon Jonathan Pollard for committing lesser sins.


Given this, as a dual Israeli-American citizen, I demand the immediate release of Jonathan Pollard as compensation for the US government’s unethical behavior. A government that spies on long-time US allies cannot justifiably continue to punish a man for doing the same thing at a significantly lower level. Between 1983 and 1984, Jonathan Pollard, a civilian naval intelligence analyst, discovered classified information related to Iranian, Syrian, Libyan and Iraqi nuclear, biological and chemical warfare capabilities that was crucial to Israel’s security. This information was legally supposed to be passed onto Israel via the 1983 Memorandum of Understanding between the United States and Israel, yet Pollard’s superiors refused to pass it onwards. For this reason, Pollard decided to act alone and relayed the information to Israel.

In 1985, the U.S. government discovered Pollard’s actions. At the request of both the Israeli and American governments, Pollard entered into a plea bargain agreement. He cooperated fully with the prosecution and was never convicted of harming the United States, compromising American agents or committing treason (which is legally defined as spying for an enemy state). Pollard was merely charged with passing on classified information to an allied country on one occasion.

Even though the average sentence for spying for an allied country is merely several years, Pollard was given life imprisonment. For example, Abdul Khader Helmy, who spied for Egypt, served only four years in prison after passing on information that assisted Iraq with improving the accuracy of their ballistic missiles. Michael Schwartz, who spied for Saudi Arabia, never served a day in prison out of consideration for Saudi sensitivities. He was merely reprimanded and given a dishonorable discharge. There are many such examples.

Given all of these facts, Pollard should be released regardless. However, in the wake of the US spying on 35 different world leaders and on the Israel Defense Forces, it would be hypocritical for the United States not to free him immediately at this stage. Unlike the information that Pollard passed onto Israel, which was supposed to be passed onto Israel any ways, the United States never under any agreement received authorization to access the information they obtained on the Israel Defense Forces and Israeli weapons systems. If some of this information gets leaked to countries that the United States has diplomatic relations with but not Israel, it could greatly jeopardize Israeli national security.

In recent times, the U.S. administration has been known to speak on matters without Israel’s authorization, such as confessing that the recent raid on a Syrian Air Force base near Latakia was orchestrated by Israel when the IDF was silent on the matter. The least that the United States could do in return for jeopardizing Israeli national security is to free Jonathan Pollard immediately! If they don’t do so, I call upon the Israeli government to end this charade of a peace process that has only one aim in mind: to appease the pride of an American administration that has zero respect for Israeli sovereignty.

US not Only Spying on Israel, but on U.S. Pro-Israel Legislators and Groups 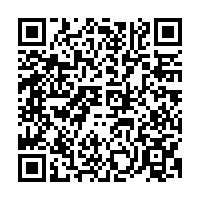