Infamous whistleblower Edward Snowden, one of the most wanted fugitives in the world, is expected to speak at an Israeli conference in November. The conference, organized by Israeli media consulting firm OH! Orenstein Hoshen, will host Snowden via a secure video-link from his secret hideout in Russia, where he will answer questions put forward by the Israeli audience and is expected to speak about issues pertaining specifically to Israel.

Snowden, a former CIA employee and contractor for the National Security Agency (NSA) gained notoriety in 2013, when he leaked classified information proving that the NSA and CIA have been gathering personal information about people of interest via their personal computers and cellular phones without their knowledge. His disclosures revealed the existence of several international surveillance programs and have sparked a worldwide debate about the reach and limitations of intelligence organizations in the digital age.

Snowden fled the United States shortly before revealing the information he accumulated. He is currently in hiding at a secret location in Moscow, and is wanted in the US on three charges under the Espionage Act, each carrying a possible 10-year sentence. 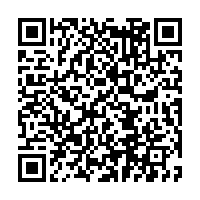