On Tuesday, Feb. 11, the Emergency Committee for Israel released a letter to Hillary Clinton, urging her to attend the Israeli Prime Minister’s speech to Congress, scheduled for March 3.  She may have to, given a new poll and pro-Israel competition from an unlikely source.

ECI, chaired by the Weekly Standard’s William Kristol, is a staunchly pro-Israel educational organization, which sees its goal as educating the public about “the serious challenges to Israel’s security and about what elected officials in this country are doing and should do in order to meet those challenges.”

Clinton is scheduled to be in Washington on March 3, the same date as Bibi’s speech, as ECI noted.

The former Secretary of State, New York Senator, and putative Democratic candidate for U.S. President, is being honored on March 3 by Emily’s List, a Washington-based advocacy group for pro-reproductive rights female Democratic candidates. It is the 30th anniversary event for the organization. Clinton will deliver the keynote address at the gala and will receive the “We are EMILY Award.”

Clinton’s Emily List event will be held at the Washington Hilton, just four miles from Capitol Hill. The gala program begins at 7:00 p.m. Netanyahu’s address to the joint session of Congress is likely to begin at 9:00 p.m., in order to reach the west coast after normal business hours.

Clinton is in a pickle.

Ordinarily she could have waved off the invitation by explaining the geographic confluence actually made it impossible for her to attend Netanyahu’s speech to the joint session of Congress – much as of course she would love to see her good friend Bibi. She could have said that the timing does not make it convenient, it makes it impossible, as both events are in the evening and after all, she can’t duck out of an event at which she is both being honored and is giving the keynote address.

She would be expected to beg off at least in part because the Netanyahu speech has become a hot potato. It became highly politicized by the White House rouse that it was “blindsided” and “slapped in the face” because Bibi had not “informed” them about his plans to visit – something we all learned later was exactly the opposite of the truth.

And now the Congressional Black Caucus has chosen to turn the speech into a racial issue, claiming Netanyahu coming to speak despite President Obama’s opposition is a form of racial “disrespect.”

But there is an additional factor. It’s called Elizabeth Warren.

Warren, the former Harvard Law Professor and current Democratic U.S. Senator from Massachusetts, has been promoted by the far left as the “only” real progressive Democrat. She’s pro-Occupy Wall Street and anti-banks. Warren is considered the darling of the populist movement, and she’s also the “other woman” Democratic candidate, which makes her a bit of a nightmare for Hillary Clinton.

Warren has denied she is running for president, but so did President Obama two years before his first run, and a brand-new poll shows Warren pulling ahead of Clinton.

And, in what may come as a shock to many, Warren is very pro-Israel, and says so even in home state events when confronted by anti-Israel constituents.

Warren was asked to defend her vote in favor of  additional U.S. funding for the Israeli missile defense system known as Iron Dome, she was asked to condemn Israel for civilian casualties resulting from its operations in Gaza and she was asked to support cutting off funds to Israel if there is any more building in the “settlements.” 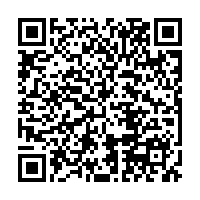