That new Google ad makes Muslims look like apolitical, normal human beings. Like all Zionists I am deeply horrified and offended.


Other than the music choice,  I have the following questions  about this ad:

1) Why does an old guy care so much about getting together with his childhood friend from eleventy-billion years ago? Maybe I’ll understand when I’m ancient, but it seems more than a little oversentimental. (Especially, the maudlin “I miss Yosef so much” @2:14 which is there because the scriptwriter knows ordinary people don’t mourn their childhood friends that way)

2) And why is the Muslim old guy sitting around a candy shop? I get that its his family business, but if they are well-off enough to afford the house shown later, and the two plane tickets to India, why is he spending his dottage taking up space behind the counter?

3) The Muslim grandkid looks young, healthy and secular — another argument for the family’s affluence, an affluence that would not compel him to sit around a store all day.

4) When he was a kid, he and his Hindu friend stole candy from that store. But, wait, don’t they own the joint?

5) Imagine a Google ad that brings together a Jew and an Arab who were separated due to the Nakba. (The Palestinian exodus/expulsion is roughly equivalent to the population transfer that occurred after Partition) I can’t imagine any Jew or Arab appreciating such an ad. We’d rightly ask, hey, what about the wars and terrorist attacks that happened afterwards? Relations between Pakistan and India following Partition were equally bad if not worse: Three wars, terrorist attacks on mosques and temples (that rarely make the front page of the times, btw) and so on. I have to wonder what the typical Pakistani and the typical Indian makes of this spot 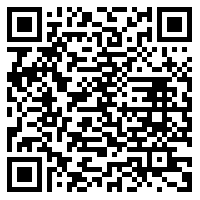